Agadir – Moncef Slaoui has resigned from the post of head of Operation Warp Speed. At the behest of President-elect Joe Biden, he handed in his resignation on January 12.

Operation Warp Speed, an initiative set up by President Trump, aimed to produce and deliver 300 million doses of vaccine, as a part of a broader strategy “to accelerate the development, manufacturing, and distribution of COVID-19 vaccines, therapeutics, and diagnostics.”

The news comes as the US approaches the total of 23 million cases, with over 200,000 new infections almost every day, and over 350,000 total deaths. So far, vaccines from Pfizer and Moderna have been authorized for use in the US.

A Moroccan-born Belgian-American researcher, Slaoui was appointed as the head of the US COVID-19 vaccine operation by President Trump in May 2020. He tackled the crisis alongside experts from the Health and Human Services and Defense Departments.

His appointment inspired national pride in Morocco, with many commenting that Slaoui’s example showed the North African country’s potential to achieve international recognition in the scientific fields.

Sources familiar with the situation told CNBC that while Slaoui resigned at President-Elect Joe Biden’s request, he has agreed to help with the presidential transition period. “Dr. Moncef Slaoui has submitted his resignation at the request of the incoming Biden team, under a plan that would see him stay in the role for a month to help with the transition,” CNBC reported.

Upon Slaoui’s appointment, he received a lot of criticism for choosing to work with President Trump. He responded to the wave of criticism by saying that although he is a registered Democrat, he “didn’t hesitate” to take up the role “because this pandemic is bigger than any one of us.”

As Biden and his team prepare for the presidential transition, no announcements have been made as to who will take over the COVID-19 vaccine operation. 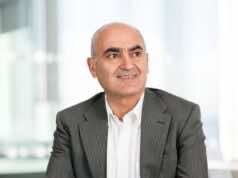