An Israeli Rabbi claimed that some global institutions seek to establish a new world order, calling on his followers to avoid taking a COVID-19 vaccine shot.

The Rabbi shared conspiracy theories with his followers, claiming that the vaccines are manufactured by a “global malicious government,” the Jerusalem Post reported.

Daniel Asor’s claimed that the “malicious government” is a mix of “secret societies,” including the Illuminati, and the Freemasons.

The secret societies seek to establish a new order in the world, he claimed .

The Rabbi described institutions global , including the World Health Organization and vaccine developers, such as Moderna and Pfizer as “criminals,” who presented fake data. .

Israeli media criticized the Rabbi, who urged  his followers to not receive the vaccine at the time when other religious authorities ask people around the world  to respond favorably to the vaccination campaign.

Several countries received COVID-19 vaccines, including the UK, Saudi Arabia, among others.

Morocco, which initially said the vaccination campaign would  start in December 2020 has not yet announced the exact launching date yet.

The North African country said that it bought 65 million doses of COVID-19 vaccine. 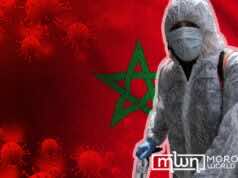