Rabat- The minister of Islamic affairs, Ahmed Taoufiq said that out of a total of 3.6 million beneficiaries of Morocco’s literacy program, about 70% are women. Women are more “motivated” than men to attend literacy classes, commented Taoufiq during a session in the House of Representatives.

In 2001, the Moroccan government implemented a national strategy aiming to fight against illiteracy. The strategy introduced literacy classes in many mosques and schools throughout the country. An estimate of 10,000 teachers have committed to tutoring participants.

3.6 million men and women have since benefited from literacy classes. Nearly 1.4 million beneficiaries of this program are from rural areas which represents a total of 40%, added the minister.

The classes’ success rate is between 80 and 85%, explained Taoufiq. Meaning 2.8 million people have learned to read and write through the government initiative.

Efforts in the fight against literacy

Morocco’s National Agency for the Fight against Illiteracy (ANLCA) recorded 1.022 million beneficiaries of literacy programs during the 2019-2020 school year.

The agency (ANLCA) is accelerating efforts as part of the 2017-2021 roadmap to improve education in Morocco. The strategy focuses on strengthening collaboration between the ministry of education, ministry of Islamic Affairs, and civil society organizations to combat illiteracy. The objective is to reduce the illiteracy rate to 20% by 2021 and to less than 10% by 2026.

The efforts to reduce illiteracy rates have adapted to the challenges of the COVID-19 crisis. Remote classes have substituted in-person teaching, with the launch of new smartphone applications such as “Alpha Nour” and “Alpha Taahil.” Literacy classes also became available on the Assadissa (the Sixth) television channel.

More than 290,000 people have benefited from remote literacy courses since Morocco’s Ministry of Islamic Affairs launched the program on March 18, 2020. The figure represents 95% of the people enrolled in the ministry’s program for the fight against illiteracy. 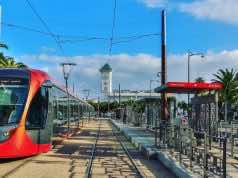