Agadir – The US State Department and Morocco’s Foreign Affairs Ministry are holding a  meeting on cooperation in the fight against nuclear proliferation and weapons of mass destruction.

The meeting, which opened today and is set to close on January 29, comes as an extension of the Strategic Dialogue the two countries held recently, covering various political, economic, and security issues.

Redouane Houssaini, the director Morocco’s foreign ministry’s United Nations and International Organizations department, and David Greene, Charge d’Affaires at the Embassy of the United States in Rabat, opened the meeting.

With round table discussions led by international experts, the event helped identify good practices in the fight against nuclear proliferation. Participants hope to channel the sharing of “good practices” and experiences in the implementation of international sanctions that fall under the purview of the UN Security Council.

The regional meeting was organized in response to growing cross-border tensions, often driven by terrorism and separatist movements.

The Stimson Center, a nonprofit, nonpartisan think tank working towards international peace and security, and a well-known figure in the fight against nuclear proliferation, participated in organizing in the event. Also attending the event were delegations from Tunisia and Libya.

The Moroccan delegation included the Ministry of the Interior, the National Defense Administration, the Royal Armed Forces, the Royal Gendarmerie, Bank Al-Maghrib, and the General Directorate of National Security (DGSN).

Houssaini said the meeting was yet another proof of the evolving friendship and cooperation between Morocco and the United States, noting the coordination between the two countries in different multilateral platforms, such as the United Nations.

For his part, Greene praised Moroccan efforts in the fight against nuclear proliferation. He also noted that Morocco has found the right balance between security and freedom of trade.

The US diplomat also reiterated the US’ commitment to strengthening regional cooperation to control nuclear proliferation and curb the circulation of weapons of mass destruction.

This is not the first time that Morocco has taken up the non-proliferation cause.

At the 64th General Conference of the International Atomic Energy Agency in September 2020, Morocco’s Minister of Foreign Affairs Nasser Bourita declared the country’s commitment to the Nuclear Non-Proliferation Treaty.

Arguing that global crises call for increased multilateralism, the Moroccan minister advocated for “a spirit of solidarity” and more “effective cooperation and practical coordination at the international level.” 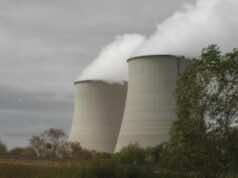