Morocco’s National Center for Nuclear Energy, Science, and Technology is an internationally recognized model for excellence in nuclear security and environmental protection.

The International Atomic Energy Agency (IAEA) in Vienna has designated Morocco’s National Center for Nuclear Energy, Science and Technology (CNESTEN) as the first IAEA African Center of Excellence in the fields of water resources, environmental protection, and industrial applications.

Under the agreement, CNESTEN becomes the only African Center of Excellence recognized by the IAEA, alongside the Centers of Excellence of Japan, France, Switzerland, Brazil, and Hungary.

Ambassador Farhane highlighted the important contributions of CNESTEN between 2015-2019 to the field of water resources assessment. He welcomed the new agreement as a recognition of the center’s achievements.

The ambassador also noted that CNESTEN’s contribution encouraged the IAEA to widen the scope of its collaboration with the Moroccan center in the fields of water resources, environmental protection, and industrial applications.

The joint agreement will provide an opportunity for African countries to benefit more from the expertise of CNESTEN, in its capacity as a regional leader. It will also support cooperation projects between Europe and Africa, and promote the use of nuclear techniques for peaceful purposes.

In 2020, the IAEA described Morocco as a model for monitoring nuclear research reactors in Africa and beyond.

Pointing to Morocco’s “TRIGA Mark II” nuclear research reactor, the IAEA called the country an “example to follow” in terms of its nuclear site inspection, independence, and reliability.

The “TRIGA Mark II” research reactor, a project sponsored by CNESTEN, is the largest nuclear research facility in Morocco. The reactor contributes to various activities related to research and training in nuclear medicine, industrial applications, and radioactive waste management.

In 2019, the country signed with the US a treaty called the African Regional Co-operative Agreement for Research, Development, and Training Related to Nuclear Energy (AFRA).

In January 2020, the Hungarian Center for Energy Research co-signed an agreement with CNESTEN to implement new projects in the fields of nuclear energy, food, agriculture, and medicine. 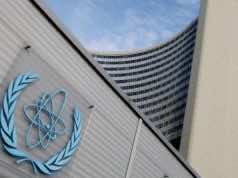