The minister evoked that the poverty rate among the housed families has significantly dropped by 58% since the launch of ‘the Cities without Slums’ program.

Rabat – Nezha Bouchareb, Morocco’s Minister of City Planning, Housing, and Urban Policy, stated on Wednesday that a total of 301,914 families benefited from the “Cities Without Slums National Program” in 2020, representing 66% of the total families identified for this program.

Bouchareb said that there are still 152,000 families yet to be covered by the program, with 70,000 expecting to be housed while others still have to wait until the completion of housing units.

In an update before the Public Finance Oversight committee at the House of Representatives, the minister revealed that the program has identified 270,000 families to be decently housed in 2004 before jumping to 453,906 families by the end of 2020.

The housing program resulted in placing more than 300,000 needy families (1.5 million people) in decent housing, according to the minister.

Pointing out that 92.5% of the beneficiaries could obtain housing property, the minister noted that the poverty rate among the housed families has significantly dropped by 58% since the kick-off of the program.

Read Also: How Sustainable is Morocco’s Cities Without Slums Program?

Bouchareb declared, however, that the implementation of the program involved many challenges. Of the challenges, she mainly cited the constantly increasing number of families without proper housing, families’ payment inability, the lack of basic new neighborhoods’ equipment including public utilities, means of transportation, and areas of industrial activities.

Also part of the challenges was the difficulty of securing funds for some housing projects due to the current context of the COVID-19 pandemic, as well as the high cost of external planning works related to some housing units that require the contribution of other partners.

To overcome such impediments, the minister announced some urgent measures, including the allocation of the low-cost housing units. Dedicated to low-income populations, the housing units are built by public and private real estate developers.

Bouchareb also mentioned speeding up the process of family relocation and also the completion of the programmed housing units as another way of dealing with some of the lingering challenges.

A complimentary program was also introduced and is intended to accommodate more than 81,200 families. The initiative is designed to consolidate the partnership between the public and the private sector to guarantee a sustainable commitment to effectively and timely complete the government’s program of assisting low-income families. 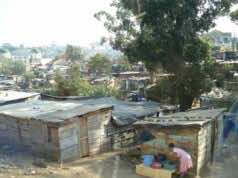