Workers announced they would go on strike over frozen salaries and precarious working conditions.

Rabat – The General Confederation of Labor (CGT-PSA) announced its unwavering support for the general strike carried out by workers in Kenitra’s Peugeot plant. The Peugeot Societe Anonyme (PSA) Group is based in France and is Europe’s second largest car manufacturer.

In January, reports about a planned strike went viral online. by PSA workers in Kenitra announced they would go on strike on January 29 to protest their working environment and low wages.

Protesters demanded a raise of their salaries that do not exceed €240 per month, and protested against long working hours at night and on Saturdays.

Vincent Duse of the CGT-PSA union stated that workers in Kenitra are often forced to work overtime without compensation, make only 2400 dirhams a month and do not receive medical coverage or compensation for hazardous work.

“You are taking the right decision to protest against your working conditions,” he said in the video he published on his personal Facebook page.

He said the protests in Kenitra “motivates” the union’s mission to fight for workers’ rights in France and overseas.

“We share the same challenges, in France, England, Germany, and Algeria. We are working for a rich group,” Mercier said.

The French union criticized the PSA Group. Mercier said the owners of the giant manufacturer will soon present € 2.5 billion in profits.

“What did we gain? Nothing. We work every weekday , even Saturday, we work days and nights. This should stop,” he said.

The union leader called on workers in the PSA plant in Kenitra to continue their strike,, saying that their choice to manifest against the working conditions is “right.”

He said owners of the PSA need the workers.  “They need us to generate revenues, shares, and their billions that they share all alone.”

In 2019, PSA announced that the PSA plant in Kenitra has an annual production capacity of 100,000 vehicles and associated motors.

Last year, the company said that its global revenue amounted to €15,453 million in the third quarter in 2020 compared to €15,579 million in the same period a year earlier. 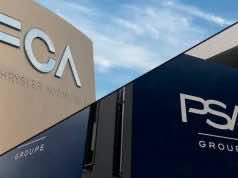