The Moroccan team hopes to defend its CHAN title and become the first squad to win the tournament two times in a row. 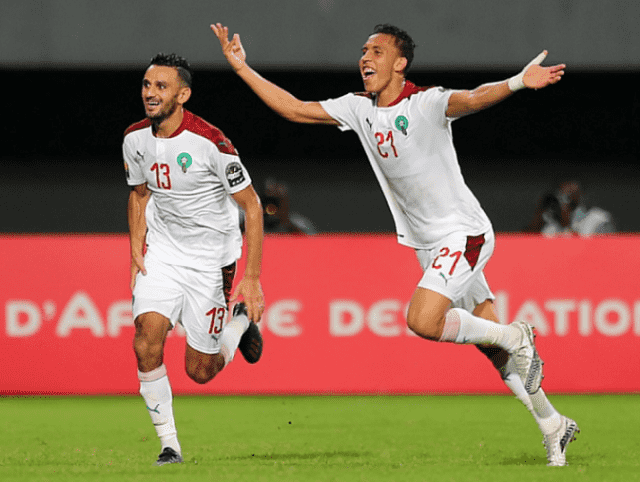 The Moroccan team won 4-0 against the tournament’s host. The game took place this evening, February 4, at the Limbe Omnisport Stadium, on Cameroon’s western coast.

Today’s win extends Morocco’s undefeated run to 12 games in CHAN competitions — 10 wins and two draws. The last time Morocco lost in the CHAN dates back to the 2016 tournament, when they lost 0-1 against Cote d’Ivoire in the group stage. This is the longest unbeaten run ever in the history of the competition.

The final game of the competition will put the Atlas Lions against Mali on Sunday, February 7, at 8 p.m. (Moroccan time).

Mali earned a spot in the final after beating Guinea earlier today through a penalty shootout (5-4). The game ended in a 0-0 draw.

Having won the previous CHAN in 2018, Morocco entered this year’s competition with their eyes locked on the trophy. No result other than winning the tournament would satisfy Moroccans.

With only one game now separating Morocco from defending its title, expectations are at their highest.

Morocco reached this advanced stage of the competition after finishing the group stage at the top of Group C, ahead of Rwanda, Togo, and Uganda. Before playing against Cameroon, Morocco won 3-1 versus Zambia in the quarter-finals.

Meanwhile, Morocco’s final opponent of the competition, Mali, ranked first in Group A, ahead of Cameroon, Burkina Faso, and Zimbabwe. In the quarter-finals, Mali eliminated Congo through a penalty shootout (5-4) after a tense game that ended in a 0-0 draw.