Ever-growing business and diplomatic relations are built on mutual respect and common interests, but are observed with suspicion across the Strait of Gibraltar

Rabat – Morocco’s diplomatic corps looks set to expand ties with Russia after a year of intense diplomatic cooperation with the US. While Russian diplomacy in North Africa often links to neighboring Algeria, Russo-Moroccan ties go back centuries and are set to only expand.

While strengthening ties between the two countries appear to be based on win-win trade agreements, Spanish newspaper El Espanol’s Sonia Moreno published a piece on Monday that raised suspicions about the ever increasing relations between Russia and Morocco.

Spanish sources appear to fear that ties with Russia will lessen Morocco’s economic dependency on business from Spain, going as far as to criticize Spanish party Podemos for its support for Polisario in Western Sahara.

Morocco’s King Mohammed VI has made no secret of his wish to strengthen economic and diplomatic ties with the Russian Federation. The monarch personally visited Moscow twice in the last decade and Russian President Vladimir Putin similarly visited Rabat.

While Russia is the key provider of military equipment to Morocco’s rival Algeria, the two countries clearly hold no grudges. In 2017, Russia offered Morocco its state-of-the-art S-400 missile defense system after signing 11 agreements with Morocco the year prior.

Morocco instead opted to purchase the US’ Patriot missile system, its choice for the US’ arguably inferior missile system a clear sign of Morocco’s unwavering support for the US and NATO.

While some in Europe might fear closer relations between Russia and Morocco, the US is clearly aware of Morocco’s good intentions after a year of unprecedented joint diplomatic progress.

But the links between Morocco and Russia extend far beyond politics and business. Both countries rely on each other to provide some of their most beloved staple products and their ties extend through the ages.

Moroccans depend on Russia for one of the most important elements for any breakfast, lunch, or dinner in Morocco: Traditional Moroccan bread. Growing wheat requires significant amounts of water, a scarce resource in Morocco, so the country imports a significant portion of its much-needed wheat from the Black Sea.

Conversely, Moroccan products are also dear to people in Russia. In the midst of the barren Russian winters, Morocco provides many of its fruit and vegetables.

One piece of fruit in particular has an emotional value for Russians, as Moroccan oranges are a key feature of Russia’s most important holiday: Its new year’s celebrations.

Oranges branded with the word “Maroc” are so iconic in Russia that in 2017, then Prime Minister Dmitry Medvedev wrote, “our two countries are separated by thousands of kilometres. However, you can hardly find anyone in Russia, even among children, who wouldn’t be aware of Morocco’s existence.”

Russia and Morocco have ties that extend back to 1777. Both countries at the time were considered empires and commenced ties through the exchange of letters between Sultan Mohammed Ben Abdellah al-Khatib (Mohammed III) and Russian Empress Catherine the Great.

While Morocco and Russia both have a different form of government and even different flags compared to when they first established rudimentary ties, the two countries have shared some common political positions throughout the ages.

“Russia has been always interested in strengthening Morocco’s independence,” Medvedev wrote in 2017, highlighting that the “Soviet Union was consistent in following this line, supporting the people of Morocco in their fight for liberation from colonial rule.”

Morocco was the first Arab nation to establish ties with Russia and ever since the two countries have enjoyed a strong connection. “There has always been a special chemistry in our relations, and the relations never took on an adversarial dimension,” Medvedev wrote in 2017.

Morocco and Russia are not simply enjoying existing ties but are both eager to expand them. The governments of both countries reiterated this desire in December 2020 when the two countries organized a preparatory meeting for the 8th Morocco-Russia Joint Commission for Economic, Scientific, and Technical Cooperation.

During the meeting, Morocco’s Foreign Minister Nasser Bourita called for a “multi-sectoral alliance,” which provided another symbol of the intertwined relations between the two countries.

Morocco is currently Russia’s second largest Arab trading partner, and the third largest in Africa with plenty of room to grow.

Some in Europe see the strengthening ties between the two friendly nations with suspicion.

“Morocco scores another goal for the squad against Europe,” wrote El Espanol on Monday. It stated that Morocco is now ”closing ranks not only through trade and defense agreements with the United Kingdom and the United States, but also with Russia.”

El Espanol in its title even highlighted that while King Mohammed VI and Vladimir Putin are reaching agreements, Spanish President “Sanchez waits to be received in Rabat.”

Many in Europe fear stronger ties between Morocco and Russia because they aim to compete with Russia on wheat exports, fear a stronger Morocco, or are simply based on Europe’s problematic suspicions about anything Russian.

While some might be suspicious of Russo-Moroccan relations, both countries appear to only stand to benefit from deepening ties. In difficult times of economic distress and a global health crisis it is good to be able to rely on proven friendships and mutually beneficial trade. 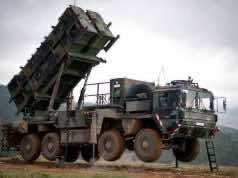