Rabat – Moroccan Ports operator Marsa Maroc has announced that its turnover dropped by 5% in 2020 compared to 2019.

Along with its subsidiaries, Marsa Maroc generated overall traffic of 35.7 million tonnes (MT). The number represents a 6% decrease compared to a year earlier.

The decline in traffic is due to a drop in container traffic estimated at 922 twenty feet equivalent (KEVP). Marsa Maroc attributed the decline to a 6% drop in “bulk traffic and miscellaneous” to 26.2 MT.

Despite the decrease in its turnover, Marsa Maroc and its subsidiaries SODEP. SA invested MAD 319 million ($35 million) in equipment and superstructure.

The company also reported an increase in financial debts as well as the limited funds in the company’s treasury.

The company also donated 884 million MAD ($99 million) to Morocco’s Special Fund for the Management and Response to COVID-19.

The contrast between the increase in port activity and the decrease in Marsa Maroc’s turnover remains a complex puzzle to solve.

Ports authorities project an increase in activities this year.

The National Ports Agency (ANP) forecasts an increase of 3.6% in port traffic in 2021 compared to the previous fiscal year. Port traffic is projected to reach 95 million tonnes by the end of this year.

Abdelkader Amara, minister of Equipment, Transport, Logistics and Water expressed satisfaction with the ports authorities’ efforts amid the COVID-19 crisis. 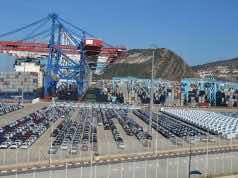 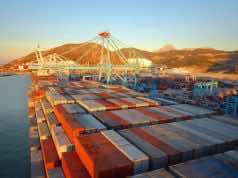