Under the guise of helping the “Sharawi cause,” some parties within the AU are using Polisario to hinder Morocco’s progress 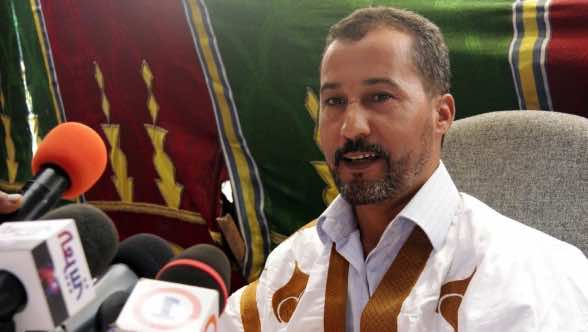 In a brief analysis posted on Facebook, Mustafa Salma unveiled  the “limited” role of Polisario within the pan-African organization, implying that some members in the AU  use Polisario to serve their interests rather than “defending” Sahrawis’ rights.

Mustafa Salma said that some AU countries also support Polisario’s presence at the AU to hinder and challenge Morocco’s integrity and development.

Polisario, a pawn in a larger rivalry

“What is the meaning of membership if the gain of it is only limited to attendance and posing for pictures?” he asked.

In his Facebook post, Mustafa Salma used a photo of Polisario’s leader Ibrahim Ghali posing next to AU and separatist  flags.

“If the African Union truly recognizes the ‘Sahrawi Republic,’ then why does this continental organization not declare that Morocco is an occupying state and demand its exit from the territory of the Sahrawi Republic? !!!” Mustafa Salma asked rhetorically.

He also recalled the absence of any statement from the AU after Morocco’s intervention in Guerguerat to lift a Polisario blockade that was obstructing traffic at the border between Morocco and Mauritania.

Most of the AU countries expressed support for Morocco’s peaceful intervention in Guerguerat in November 2020. Morocco notably established a security corridor in Guerguerat to secure the region and restore stability.

As Polisario’s blockade of the Guerguerat crossing point hampered civil and goods traffic in the region, Morocco’s response was proportional and legitimate, many observers have noted.

Several African countries issued press releases to support Morocco’s intervention and emphasize the importance of stability at the crossing near the Moroccan-Mauritanian border.

However, Polisario and its international supporters have maintained, without evidence, that Morocco’s Guerguerat operation “violated” international law and the UN-brokered, three-decade-old ceasefire in Western Sahara. They have condemned Morocco’s “brutal” action and released fabricated pictures and footage of a non-existent war in Morocco’s southern provinces.

For Mustafa Salma, the approach some members at the AU use towards Polisario confirms that they do not recognize Polisario but use it to challenge Morocco’s progress.

Morocco left the AU in 1984 after the pan-African organization recognized the separatist group, self-styled representative of the “Sahrawi cause.”

The country, however, returned to the AU in January 2017, vowing to never again leave its seat empty and provide its continental foes ample opportunities to challenge its territorial integrity and cast doubt on its well-documented role in advancing pan-African causes.

Leading the pro-Polisario diplomatic offensives in Africa are Algeria and South Africa.

While many other countries have since taken their distance with the ever dwindling pro-Polisario base in Africa, the sepratist group’s friends and supporters in the AU  have been urging the organization to pick Polisario’s side.

In 2018, the AU adopted a resolution that acknowledged the centrality of the UN SEcurity Council in brokering a political settlement in Western Sahara.

In defiance of the resolution, however, Algeria and South Africa have been using claims of “decolonization” and “self-determination” to outrage African governments into including the Sahara conflict in the AU’s agenda.

Since its comeback to the AU, however, Morocco generated unwavering support for its cause.

Many AU countries translated their support to action through the opening of diplomatic representations in southern Morocco in Dakhla and Laayoune.

A total of 19 countries have opened diplomatic representations in Laayoune and Dakhla, two major cities in southern Morocco.

Morocco’s government is confident that more countries from the continent and overseas will join the list. While Moroccan diplomacy has made notable inroads in Africa in the past three years, the unrelenting pro-Polisario campaign from Algeria and South Africa suggests Rabat should not take its recent successes for granted.