Digitalizing administrative services to the Moroccan diaspora reflects the country’s concern for its population living abroad.

Rabat – The deputy minister in charge of Moroccans living abroad, Nezha El Ouafi, has announced the launch of an online platform designed to improve administrative services for the Moroccan diaspora.

The platform will give Moroccans living abroad access to many services, including those related to passport renewal, tax payment, and civil status.

Speaking during an oral questions session at the Parliament on February 8, El Ouafi announced that the platform is ready and that it will be made available to all national embassies.

She said the initiative is the first of its kind and that many national institutions have contributed to its success.

El Ouafi also emphasized that a network of over 600 lawyers will offer Moroccan diaspora their government-paid assistance in legal issues. She also noted that the ministry has set up a call center whose primary function is to redirect calls to Moroccan embassies and consulates. The center can receive up to 8,000 calls a day.

Alluding to the event that took place in Las Palmas, where hundreds of Spaniards protested against the increasing numbers of Moroccan immigrants, the Moroccan official emphasized that more than 108 embassies and 50 consulates work continuously to offer innovative solutions to issues facing Moroccans living abroad.

The digital platform, which is set to be available in the coming weeks, is in line with the ministry’s efforts to digitize its services, stressed El Ouafi. The website will also serve as a  follow-up to the online platform “Bladifqalbi” that the ministry launched on January 25.

“Bladifqalbi” aims to strengthen communication between the government and Moroccans living abroad. It also seeks to serve as a space for suggestions, as well as sharing ideas and experiences to maintain or reinforce Moroccan disapora’s attachment to Morocco. The government initiatives come as authorities acknowledge the crucial contributions of the diaspora to the Moroccan economy.

The World Bank’s 2019 Migration and Remittances report which indicates that remittances from Moroccans living abroad contributed to Morocco’s Gross Domestic Product (GDP) by 6.2% in 2018.

Most recently, Moroccans living abroad increased by 4% their financial transfers to Morocco at the height of the COVID-19 pandemic throughout 2020, according to statistics from the Moroccan government. For El Ouafi, this increase in remittances during an unprecedented health crisis highlights the diaspora’s commitment to national solidarity and prosperity. 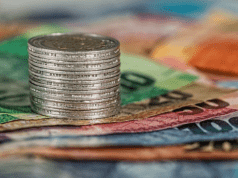