Moroccan construction company Jet Contractors has earned the first contract for the rehabilitation project of the historical Kasbah (Fortress) of Agadir, known as Agadir Oufella.

The contract is worth MAD 23.6 million ($2.64 million) and concerns the construction of wooden foundations in the historical site.

The recent contract signing indicates that the rehabilitation project, which has been under planning for several years, will finally start advancing.

Built in 1540, Agadir Oufella is located on the top of a mountain, 236 meters above sea level. The fortress overlooks the city of Agadir and its port.

Sultan Mohammed Al-Sheikh Al-Saadi, the leader of the Saadi dynasty between 1544 and 1557, built the fortress while he was the prince responsible for the Souss region.

The historical landmark initially served as a defensive outpost against possible Portuguese invasions. Its location at a high altitude enabled it to bombard attackers before they could reach the Moroccan coast. The fortress was equipped with 40 to 50 cannons.

Agadir Oufella was destroyed twice in November 1755 during the Lisbon earthquake and in February 1960 during the Agadir earthquake.

The rehabilitation project seeks to restore the Kasbah to its original state, as it was documented in old manuscripts. The fortress has been on Morocco’s list of national heritage since 1932.

The project falls within the 2020-2024 Agadir Urban Development Program. Launched by King Mohammed VI in February 2020, the program aims to promote Agadir’s role as an integrated economic hub. 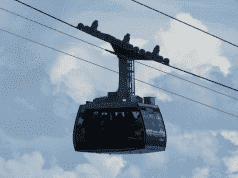