The ministerial council touched on several topics, including the tragic event in Tangier, the agriculture season, and the vaccination campaign.

Rabat – King Mohammed VI chaired a council of ministers on Thursday at the royal palace in Fez.

During the council, the King inquired about the tragic event that claimed the lives of 28 in Tangier.

Floods caused a short circuit that killed the 28 workers in an illegal textile factory on Monday.

The incident caused an uproar, with citizens criticizing the lack of monitoring in illegal units across Morocco.

The King also asked authorities about the measures they have taken to avoid similar events from happening in the future.

In response to the King’s inquiry, Interior Minister Abdelouafi Laftit assured that an investigation is ongoing.

King Mohammed VI reiterated his high instruction to the government to implement the necessary regulatory and procedural provisions to avoid such painful incidents, a statement from the royal cabinet said.

During the ministerial council, the monarch also asked about the agriculture situation after the recent rainfall that reached most of Morocco.

The minister said that this year is “distinguished by significant rainfall exceeding on average +50% compared to last year and that 80% of the crops are in good conditions.”

In recent weeks, heavy rainfalls hit almost all regions across the country, with the government expressing hope to see a good season after a dry agriculture year in 2019-2020.

During the government council, the King also asked about the COVID-19 vaccination campaign.

He asked Morocco’s Minister of Health Khalid Ait Taleb about the campaign’s progress.

The minister reassured the King that vaccinations are taking place in the best conditions and the campaign is “experiencing a string mobilization of citizens.”

The monarch stressed the importance of the campaign, calling on the government to ensure its continuity with the same pace and the same spirit of responsibility.

Social protection for all

The council of ministers also approved a draft framework law on social protection as part of the implementation of the monarch’s instructions.

The project “represents a real social revolution in view of its direct and concrete impact on the improvement of the living conditions of citizens,” the royal cabinet statement said.

The bill seeks to preserve the “dignity of all Moroccans” and protect vulnerable categories, especially during times of economic crisis, health risks, and emergencies.

The project aims to define the principles and objectives relating to the reform of the social protection system over the next five years.

It also seeks to generalize basic compulsory health insurance during the years 2021 and 2022.

Beneficiaries of medical assistance schemes will include vulnerable categories and the category of professionals and self-employed individuals, who exercise free activities. The bill aims to see an additional 22 million people benefit from this insurance, which covers the cost of treatment, medicine, and hospitalization.

The legislation also seeks to generalize family allowances during the years 2023 and 2024. It aims to allow households who do not benefit from such allowances to receive aid covering risks related to childhood or lump sum allowances.

Read Also: Morocco Urges Voters to Review Their Eligibility Ahead of 2021 Elections

The council of ministers adopted four draft organic laws governing the deadlines with a view to preparing for Morocco’s next general elections.

The elections are set to take place in September.

The law seeks to establish the rules of the electoral method, strengthen electrical guarantees, define the rules of governing the financial support granted to political parties, and moralize electoral operations.

One of the draft organic laws amends and supplements the organic law relating to the House of Representatives.

The second organic law amends and supplements the organic law relating to the House of Councillors.

The amendments intend to allow the most representative professional employers organizations to keep a parliamentary group with the house. This aims to allow them to “express the concerns and grievances of economic players and national large, medium, and small companies.”

The third daft law amends the organic law related to the election of local council members.

It aims to define the procedure for candidacy for membership of prefectural and provincial councils.

The amendment seeks to establish a mechanism guaranteeing women’s representation by granting one in three seats of each prefectural or provincial council to women and increasing the number of seats reserved for women on municipal councils.

It also seeks to establish the legislative basis for the execution of royal instructions on increasing public support granted to political parties. This aims to support and encourage them to renew their working methods.

The ministerial council also adopted a draft organic law amending the law relating to the appointment to high functions in application of articles 49 and 92 of the Constitution.

The bill seeks to include the Mohammed VI Investment Fund on the list of strategic public enterprises. 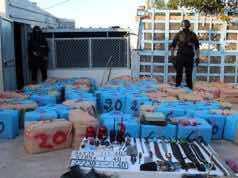 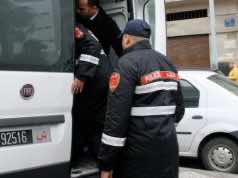