The coronavirus pandemic had a remarkable effect on Morocco’s economy, as with most countries around the world.

Rabat – Compared to most of its neighboring countries, Morocco’s budget deficit in 2020 remains “under control,” said Jesko S. Hentschel, director of the Maghreb and Malta Department at the World Bank.

He emphasized that Morocco’s debt structure has some risk-restricting attributes, such as the low weight of short-term debt and the extremely low percentage of external and foreign currency debt.

“Morocco has put in place an ambitious post coronavirus recovery plan both by mobilizing substantial capital to boost the economy and by launching structural reforms to improve social and economic resilience,” he stressed.

It would, however, be necessary for Morocco to meet its goal of steadily reducing its budget deficit in the coming years in order to preserve this degree of sustainability.

The top banking official also said that the measures should  help Morocco to increase budget efficiency, expand the tax base, and make tax collection more competitive and fair.

The successful implementation of such reforms will mark Morocco’s entrance into a new era of growth, accelerating the country’s convergence towards the more advanced economies’ level of development, Hentschel concluded.

In 2020, Morocco’s economy declined due to the coronavirus crisis, leading to socio-economic irregularities and deficiencies.

“This increase is the result of an increase of 224,000 uneployed people in urban areas and 98,000 in rural areas,” said a study published in February by Morocco’s High Commission for Planning (HCP). 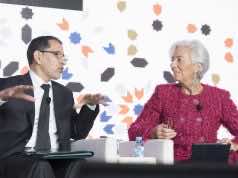 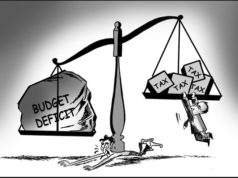