New York – Britain-based cyclist Eoghan (Owen) McHugh has experienced many literal and figurative ups and downs while biking across Morocco over the last few months.

Avoiding Europe’s current political troubles, Eoghan opted in October for sunshine, cycling, and cultural exploration. And thus began an adventure that would take him from Morocco’s rugged northern mountains to the sparkling waters off its southern coast.

Before leaving England, Eoghan planned on cycling from northern France through Spain to catch a ferry to Tangier.

“The plan was simple. But, COVID interfered with my simple plan,” Eoghan said in an interview with Morocco World News, chuckling at this recollection. “After ferries were cancelled and a second lockdown announced in France, I had to scramble to find a solution. I ended up flying from Toulouse to Marrakech.”

To “coddiwomple” is to travel in a purposeful manner towards a vague destination.

A perfect example of a coddiwomple was a chance meeting in Tamraght, southern coastal Morocco, that set Eoghan on a new course. He was planning on cycling north from Tamraght to Essaouira. Several people had suggested the city for its beauty.

While in Tamraght, however, he met a local surfer who raved about areas south of Agadir, especially along the coast. That was enough to change his mind. A few weeks later, after acting on this advice and cycling to Guelmim, he turned north to Essaouira.

“I have the freedom,” he told MWN. “Early on in this trip, some friends made up a mantra for me—no plan, no problem. And, I’m living that mantra.”

He explained that his destinations and activities are only semi-planned. But Morocco has taught him that what’s around the corner may be worth changing plans for. This is what happened when he arrived at Legzira Beach.

Eoghan only meant to stay in Legzira for an hour or so. Long enough for a coffee and a walk up and down the beach. Completely taken by the beauty of Legzira, however, Eoghan ended up getting an apartment for the night. He even woke up in the middle of the night to sit on the terrace and watch the ocean’s waves breaking against the sand.

“I want to write a book about my experiences in Morocco. Well, mine and the people I meet,” Eoghan said. “So, it’s been real important to me to go to as many places and see as much as I can.”

A successful coddiwomple requires both spontaneity and some degree of practical preparation, he explained.

“At one point, I imagined cycling to Dakhla (southern Morocco). I thought of doing it at night. The quiet of the night, the ocean to my right, and a never ending sky filled with stars. That sounds like a real adventure!” His eyes lit up at the thought.

“But, then I realized I’d have to cycle back and it’s a long trip!”

When he stops in the evening, Eoghan has either stayed with people he has met, at hostels, or in his tent. They each have their advantages.

“The tent is great,” he told MWN. “It takes the pressure off having to arrive in a town or city at the end of the night. I’ve pitched up on the side of the road all over Morocco!”

But one of these times pitching up on the side of the road felt a little different.

It was early January and Eoghan was cycling from Essaouira to Marrakech. He camped east of Chichaoua. Waking in the morning, he experienced winter in Morocco. “I didn’t have the layers to deal with the cold,” he lamented. “Packing up my tent, my fingers were numb. I got to Marrakech at about 11 a.m. and I was still cold!”

His friends laughed when he told them about it and explained that it was winter. And that he could expect more of the same for all of January.

Battling either cold or rain on a bike isn’t ideal. So, rather than risk exposure to unpredictable elements, Eoghan temporarily traded his bike for bus travel and hitchhiking. He made a loop around the north, and met some characters along the way.

“I really cherished my time hitchhiking. Morocco is so friendly. And, it’s such a great way to learn,” he said. “This place is very diverse—culturally and across landscapes. Hitchhiking was a great way of learning more about the people here.”

In January, Eoghan got a different taste of Moroccan tourism. A friend in the UK was able to pull some strings and he stayed in the newly remodeled Story Rabat Hotel—a boutique hotel in the capital city.

“That was a great one,” he recalled. “Such a contradiction between me and the luxury! I’ve not shaved or had a haircut since leaving the UK late October. And that’s how I looked when I checked into an ultra-luxurious hotel. Safe to say, they’ve never had a guest like me before,” he mused.

But there are always more experiences to enjoy, more sights to see when adventuring across such a diverse country.

“I wasn’t able to get into Lixus, the Roman archeological site near Larache,” he regretted. With a visit to Lixus on the back burner, Eoghan is focused on living in — and documenting — special moments.

“Of course, I’m posting photos to Instagram. What’s funny is that people from Morocco have messaged asking me where a particular photo was taken, they’ve never been and they now want to go there!”

Eoghan is far from done travelling and exploring Morocco. “I knew Morocco was beautiful. But, the diversity of landscapes and sights — from the desert, to the snow and mountains to the ocean and the lush greenness of the north — are simply stunning! It’s been a real pleasure and privilege to travel Morocco.” 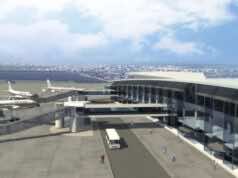 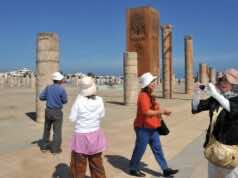 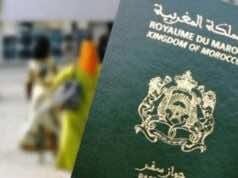