Morocco witnessed a tragedy on February 8, which marked a tragic incident in a secret textile factory in Tangier.

Rabat – The public prosecutor at the Tangier Court of First Instance has decided to imprison the owner of the secret textile factory in Tangier, where 28 people died recently.

On February 8, heavy rainfalls flooded the textile factory, which was operating illegally for several years. A short circuit during the floods caused the death of the workers, causing uproar among citizens and activists.

A residential villa hosted the secret factory in a basement, lacking proper working conditions as mandated by Moroccan labor and safety laws.

The public prosecutor ordered authorities to jail  the owner of the secret textile factory pending the completion of the investigation.

The General Prosecutor’s Office additionally ordered the opening of an investigation that aims to arrest all people involved in the incident for violations of Morocco’s labor law.

The Tangier tragedy unearthed the working conditions of thousands of workers who work in similar circumstances across Morocco.

Activists launched several appeals and campaigns to denounce the exploitation of workers under illegal circumstances.

Activists also emphasized that such illegal factories are operating across Morocco without monitoring.

Some rights activists also called for the resignation of the Minister of Labor, Mohammed Amkeraz.

“Everyone sees women and men enter and leave the unit. Everyone knows there is an industrial unit in the region. It is not a secret unit since everyone knows about it,” he told Morocco World News recently.

The activist also described  people who hire employees without contracts and social security as “human traffickers.”Lotfi lashed out at the government, calling on the labor minister to leave his post and bear responsibility. 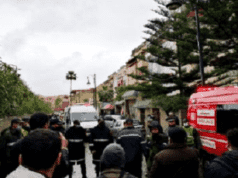 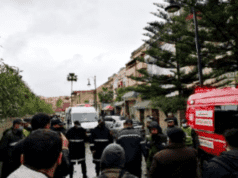