Rabat – As the world begins adapting to an increasingly digitized environment, Moroccan citizens have spotted a new kind of Automatic Teller Machines (ATM) in Morocco—one that allows for contactless operations.

The new generation of the machines allow for touch-free operations, such as cash withdrawals. Using Near-Field Communication (NFC) technology, the client does not need to insert their card into the ATM, or even type their PIN code into the machine.

As the new ATMs will become increasingly widespread in Morocco, it will be possible to carry out the procedures using NFC-enabled smartphones instead of bank cards.

According to Aujourd’hui Le Maroc, a francophone Moroccan newspaper, most of the new contactless ATMs in Morocco have been set up in Casablanca.

Banque Populaire and Credit Immobilier et Hotelier (CIH) were the first financial institutions to embrace the latest banking technology, launching their electronic wallets in 2018. The e-wallets are accessible via the client’s smartphone, and allow for money transfers, withdrawals, and bill payments, among other services.

While some high-income countries have run limited contactless ATM pilots, notably the US, Morocco could be among the first to fully implement the technology.

Contactless and digital technology is becoming increasingly popular. American financial services corporation Mastercard reported that over 70% of its clients in the Middle East and Africa are now using contactless payment methods. 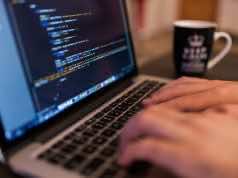