Tebboune on Thursday dissolved Parliament to trigger new elections and announced he would set free dozens of Hirak activists.

Rabat – Algerian President Abdelmadjid Tebboune played the role of government critic and Hirak supporter in a televised address to the nation yesterday evening.

Tebboune dissolved Parliament in order to trigger new elections without specifying when the vote would take place. Additionally, the Algerian president announced he would pardon 56-60 jailed activists within 24 hours and reshuffle his cabinet in the coming days.

In a remarkable speech that would have seen any other Algerian jailed for uttering such government criticism, Tebboune played the Hirak activist on live television.

“The last bell has tolled for this corrupt system,” Tebboune announced as he appeared to blame Parliament for his government’s inaction.

“The blessed Hirak has saved Algeria,” he said before announcing presidential pardons for dozens of people who had been arrested for similar statements.

The Algerian Hirak (“movement”) protests emerged in 2019 after then-President Abdelaziz Bouteflika announced he would run for a fifth term despite having been incapicated and out of the public eye for years. The protest started in northern Algeria and spread across the country culminating in the first protests in Algiers in 18 years.

The protest movement managed to dissuade Bouteflika from seeking another term and led to his resignation. However, little has changed since. Tebboune, who was Bouteflika’s prime minister, became the new president and Algeria’s ruling elite continued unabated.

Tebboune’s performance on national television appeared to cast blame for Algeria’s entrenched crises on Parliament, which has been in power since 2017, as well as several members of his cabinet. In order to solve the nation’s issues, Tebboune announced new elections and a cabinet reshuffle to remove “bad apples.”

The televised presidential address likely caused many in Algeria to chuckle as Tebboune presented himself as a champion of civil rights, freedoms, and the Hirak itself.

After spending two years arresting government critics and Hirak activists, he himself uttered words eerily similar to those that have invited charges of “undermining national unity” for dozens of Algerian journalists and activists.

Tebboune seemed to recognize the combustible state of the nation’s youth, exasperated by a lack of economic opportunities amid government inaction. Algeria’s president stated that he wants to “open the door to young people” and promised to free dozens of jailed activists, many of whom are youth who had spoken out against the regime on social media.

Tebboune continues to call for a “new Algeria” while ensuring that any reforms favor the status quo that has seen only cosmetic change since the fall of Tebboune’s former boss, President Abdelaziz Bouteflika, in 2019. Algerians however appear understandably skeptical of such claims, evidenced by the nationwide boycott of the constitutional referendum in November 2020.

For many Tebboune’s sudden bout of announced reforms and presidential pardons will not come as a surprise. Ahead of the November constitutional referendum Tebboune similarly opted for populist action by arresting former Bouteflika regime members.

It is clear that Algeria’s shadowy ruling elite, known locally as simply “the power,” are holding their collective breath as the February 22 anniversary of the Hirak approaches. 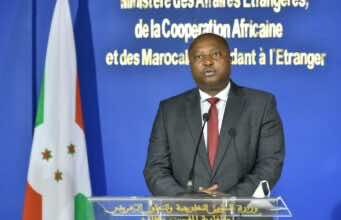