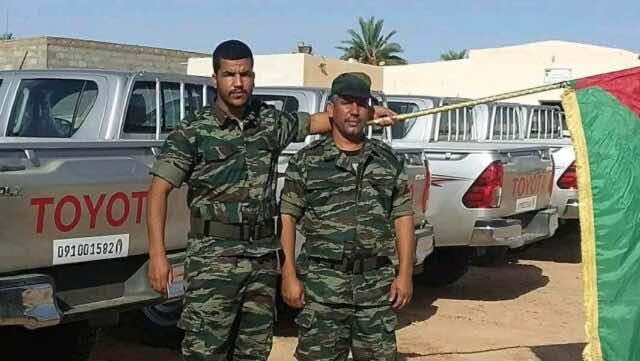 According to the report, an Algerian military delegation visited Polisario’s headquarters in Rabouni, southwestern Algeria, on Sunday, February 21.

Based on a photo shared by Le360, the vehicles appear to be a seventh generation Toyota Hilux — one of the favorite trucks of terrorist groups in the Middle East, the Maghreb, and the Sahel.

It is unclear whether the Polisario Front will use the pick-up trucks as patrolling units or as armed vehicles. What is certain, however, is that Algeria’s donation to the separatist group is a hostile act directed towards Morocco.

The move camed amid an unprecedented escalation of anti-Moroccan rhetoric in Algeria’s political and media spheres.

A few days later, on February 15, Algeria’s Ambassador to Morocco, Abdelhamid Abdaoui, stirred mockery for blurring a photo that shows him bowing to King Mohammed VI while presenting his credentials.

In a televised speech, Tebboune claimed that the Western Sahara issue is a matter of “decolonization.”

“The Western Sahara is the last colony in Africa and the Sahrawi people need to exercise their right to self-determination,” he said.

The statement proved that Algeria is actively looking to escalate tensions with Morocco. Despite having long denied its involvement in the Western Sahara conflict, the Algerian regime now appears to unapologetically go public with its support for the Polisario Front.

The recent vehicle donation is only a small illustration of Algeria’s financing and arming of the separatist group.