The conflict concerns allegations of torture in Moroccan prisons. 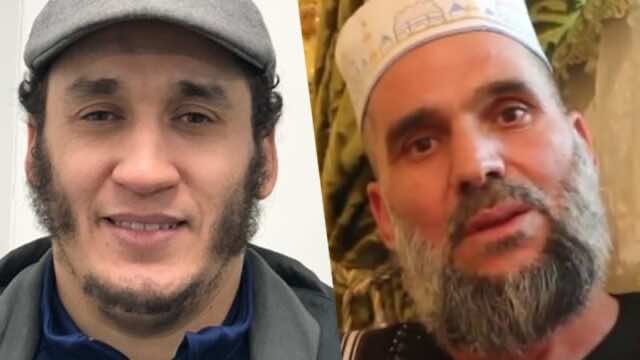 The dispute is between Bouchta Charef and Mohamed Hajib. Both convicted of terrorism charges, the two former detainees have long narrated completely opposite encounters with Moroccan security services.

Charef was a former recruiter for a terrorist group in Syria. He was arrested in the Middle Eastern country in 2009 and delivered to Moroccan authorities. He spent eight years in Moroccan prisons.

Charef accused Moroccan police of torture in 2011, but he retracted his accusations a few years later and said he was just lying. He claimed that terrorist convicts self-mutilate in prison in order to accuse security services of torture.

After he left the prison, he said that he intends to repent for his sins and hopes that Morocco will forgive him.

Hajib, meanwhile, maintains a different narrative. The former prisoner was arrested in 2010 after he came back from Pakistan. The judiciary convicted him of training with terrorist groups in the South Asian country and sentenced him to seven years in prison.

After his release, Hajib migrated to Germany — he has a German-Irish wife. Soon after his move, the former terrorism convict began uploading videos on YouTube where he accuses Moroccan security services of torture.

Hajib has uploaded videos where he makes accusations against Moroccan institutions for more than three years, but it was only recently that Charef, a former convict with a similar experience, decided to respond.

In his most recent video to go viral, Charef promised that he would “expose all of Hajib’s lies.”

“Listen Hajib, stop playing the innocent […] When you were in prison, you told us you want to go to Chechnya,” Charef said.

“I know that you know how to organize prisoners, how to negotiate with the [prison] administration, how to pressure [authorities] with hunger strikes. I know that you have trained in Al-Qaeda camps and that Osama bin Laden is your idol,” he added.

The opposing narratives from the former prisonmates are illustrative of a broader, ongoing debate about torture allegations against Moroccan security services that have resurfaced in recent months.