Morocco’s membership with the organization can ensure better performance in the field of agriculture in the coming years.

Mustapha Mansouri, the Moroccan ambassador in Saudi Arabia and permanent representative to the Organization of Islamic Cooperation (OIC), and Yousef bin Ahmad Al-Othaimeen, the OIC secretary general, signed the document. The two held a meeting to discuss areas of Morocco-OIC cooperation and ways to further improve them, according to Morocco’s state media.

Working with the IOFS will allow Morocco to expand in many areas, particularly in agriculture, such as in financing projects and research and in introducing new technologies and practices.

By joining the organization, Morocco has more chances to explore other international markets, especially in central Asia and Africa as they comprise the majority of the organization’s member states.

The membership also offers the opportunity to improve bilateral diplomatic and economic relations with Kazakhstan as it hosts the organization.

Morocco is positioned to play a major role in global food security.  Its strategic location on the African continent particularly allows opportunities to support food security in Africa. Morocco is the world’s largest exporter of phosphate, with phosphorus being a key ingredient in fertilizers.

Established in 2013, IOFS is an OIC agency whose mission is to ensure food security for member countries and provide expertise and support for projects in the areas of agriculture, rural development, and food security.

Morocco has been a member of the Jeddah-headquartered OIC since its establishment in 1969. 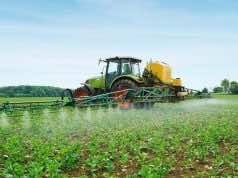 OCP Group Ammonia Plant in Nigeria to Be Operational by 2023