Ramid is one of the key members in the ruling political party, PJD.

The official announced his resignation in a letter addressed to Head of Government Saad Eddine El Othmani.

Mustapha Ramid said the decision is due to health conditions.

He said his health will not allow him to carry out his responsibilities.

“I hereby offer my resignation, hoping to be submitted to King Mohammed VI,” Ramid said in the letter that was seen by Morocco World News.

It remains to be seen whether King Mohammed VI will approve Mustapha Ramid’s resignation.

At the time of writing, state media has not yet confirmed the news. Mustapha Ramid, who is active on social networks, did not make the statement public.

Born in 1959 in Sidi Bennour, Ramid is among the leading members of the Justice and Development party (PJD).

The PJD, run by El Othmani, is the ruling political party in Morocco. The party has ruled through two consecutive mandates, since 2011.

Ramid’s decision comes after a year in which he faced calls to resign following a scandal over social security. In June of 2020, news broke that Ramid had not declared his assistant to the national social security registry.

Before assuming his first role in politics as justice and liberties minister, Mustapha Ramid worked as a lawyer on famous cases, such as that of Moroccan journalist Rachid Niny.

Niny had been accused of “endangering the security of the country and its citizens” following an article he published accusing Moroccan secret services of torture and illegal detention. 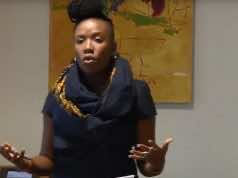