The eighth year of the Visa for Music festival will take a hybrid format.

Rabat – The eighth year of Visa for Music festival, featuring a professional market and African and Middle Eastern music, will take place in Rabat from 17 to 20 November.

According to the official press release, applications are now open for artists who want to take part in this year’s event Applicants can submit entries electronically by April 15, 2021 on the Visa for Music website.

In partnership with Hiba foundation and Atlas Azawan Association, the festival brings together the Moroccan and international music industry.

The theme of the eighth annual event will be  “Arts, culture and heritage: a lever to build the Africa we want,” said the organizers.

The 2021 Visa for Music festival will offer a new experience, providing both live concerts and digital sessions,  building on the live experiences of previous editions since 2014 and the all-digital format of 2020.

A panel consisting of celebrities from the cultural and music industries will pick approximately thirty artists and groups from Africa and the Middle East this year, added the organizers.

The Visa for Music festival is a professional platform for Moroccan, African, and Middle Eastern music, aimed at promoting the growth of the region’s music markets.

A number of prominent artists attended the first festival including Dj Van, Alif Ensemble, and the Lebanese band Mashrou’ Leila. 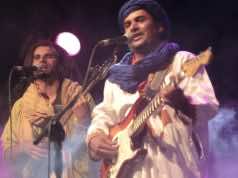 Visa For Music: Moroccan Band to Feature in Canadian Documentary 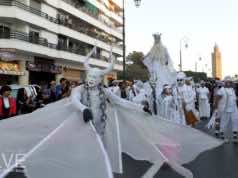 Visa for Music 4th Edition Kicks Off in Rabat 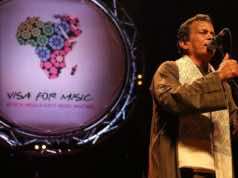 Third ‘Visa For Music’ Show Kicks off in Rabat