The Polisario Front has repeatedly pleaded with the ECJ to challenge Morocco and its agriculture and fisheries agreement with the EU.

Rabat – EU lawyers have just dealt a devastating blow to the Polisario Front’s attempts to contest the “legality” of EU-Morocco fisheries and agriculture agreements.

The recent hearings, scheduled for March 2-3, came after Polisario calledon the EU to review the legality of its agricultural and fisheries agreements with Morocco.

The EU lawyers supported, by the French government and the Moroccan confederation of agriculture and rural development (COMADER), presented both historical facts and recent developments in the UN-led political process to shatter Polisario’s “illegitimacy” and “illegal exploitation” claims..

They also made use of previous rulings by the ECJ, pointing out that both EU regulations and the international legal and political consensus do not recognize Polisario as the representative of the Sahrawis.

Polisario, they specified, is “not entitled, under European and international law, to challenge the treaties duly concluded by the European Union with its various partners before the courts.”

Another argument the team of lawyers mobilized is that Polisario’s participation in the UN-led political process to end the conflict over Western Sahara does not grant it any “quality or international legal status” to interfere in the EU’s dealings with its international partners.

They emphasized that Polisario’s plea is based on a “wrong postulate.”

In December 2020, the European Commission emphasized the importance of the EU-Morocco agricultural deal, saying it was properly implemented.

The renewed Agriculture agreement between the two partners entered into force in July 2019.

The EU commission also highlighted the benefit of the agriculture agreement for the southern provinces despite the COVID-19 crisis.

In its first Assessment Report of the EU-Morocco agriculture deal, the commission stressed “the emergence of a new dynamic and of a positive and constructive dialogue in the mutual interest of both partners.”

Despite the COVID-19 crisis, the implementation of the Morocco-EU agriculture agreement has concretely benefited the local populations of Morocco’s southern provinces, the report found.

Despite its dwindling room for legal and diplomatic maneuvering amid an apparently irreversible pro-Rabat international consensus on the Sahara question, Polisario has continued its desperate attempts to influence public opinion and discredit recent developments through Algeria-sponsored propaganda and lobbying.

To date, however, the group’s litany of legal, media, and diplomatic campaigns have emphatically failed to garner the support and sympathy it needs to delegitimize Morocco and attack its territorial integrity.

With the EU overwhelmingly considering Morocco a reliable diplomatic partner despite reported pressure from pro-Polisario circles, it remains to be seen what new tactic Polisario will devise to target Moroccan interests. 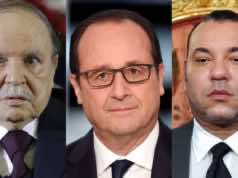