Jordan is the third Arab country to open a consulate in the region, reflecting its unwavering support for Morocco’s territorial integrity. 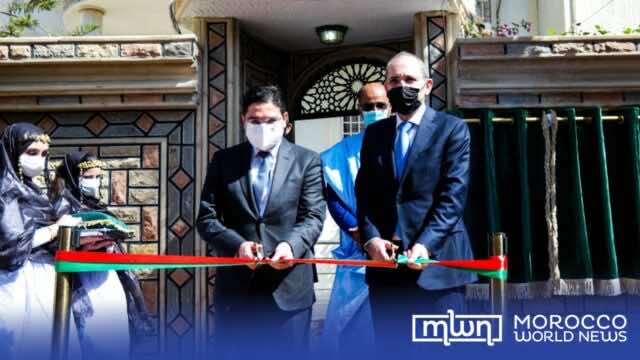 Jordan’s charge d’affaires and the ambassador to Morocco also attended the ceremony.

The inauguration is part of Jordan’s unwavering support for Morocco’s territorial integrity and sovereignty over Western Sahara.

With today’s inauguration, Jordan has become the third Arab country to open a consulate in Morocco’s southern provinces after Bahrain and the UAE.

In November, King Abdullah II informed King Mohammed VI of his country’s decision to open the consulate in the region.

King Mohammed VI welcomed the decision during a phone call with King Abdullah II and celebrated the strong cooperation between Amman and Rabat.

The monarch also expressed his appreciation for Jordan’s decision, reflecting the country’s unwavering recognition of the Moroccan sovereignty over the Sahara.

The phone call between the Moroccan and Jordanian monarchs followed Polisario’s maneuvers in Guerguerat, near the Mauritanian-Moroccan border.

King Abdullah II condemned  Polisario’s maneuvers and expressed his country’s full support for Morocco’s decision to secure the Guerguerat border crossing after a three-week blockade by the militant Polisario Front.

The Jordanian monarch also congratulated King Mohammed VI on the successful response that restored the free movement of people and goods without causing any injuries or casualties. .