Moroccan Internet Usage Expanded by More Than 17% in 2020.

Rabat – Morocco’s National Telecommunications Regulatory Agency (ANRT) released a report containing the main statistics showing the development of the telecommunications sector, including internet use, in Morocco at the end of December 2020.

In the report, ANRT reported a 17% increase in the total number of internet subscribers. The percentage brings the number to 29.80 million, increasing the penetration rate to 83%.

With regard to the number of 4G mobile subscribers, the report shows an increase of more than 30% to approximately 20.5 million.

Meanwhile, the fiber-optic network subscribers increased by nearly 80% year-on-year to more than 218,000 users.

Morocco had more than 20.5 million internet users in 2017 including 12 million Facebook users, according to the International Telecommunication Union (ITU), representing a 58.3 percent penetration rate.

In 2018, the same organization released a statistical report on individual internet access in Morocco. 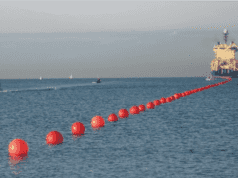