FRMSE said the measure takes into account the preventive security measures recommended by the authorities.

The organizers postponed the event as part of precautionary measures taken to curb the spread of the COVID-19 pandemic.

The organization of the 2021 event remains dependent on the decisions of the authorities, this is related to the development of the epidemiological situation of COVID-19 in Morocco.

The qualified “Sorbas” troops participated in the Moroccan championship after regional and interregional competitions across more than 20 cities in Morocco, bringing together 18 senior troops (17 years and older) and 6 junior troops (aged between 12 and 16 years).

FRMSE noted in 2019 that a procedure was initiated to include traditional equestrian art in the UNESCO Intangible Cultural Heritage, given the importance of this traditional national heritage. 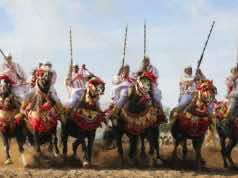 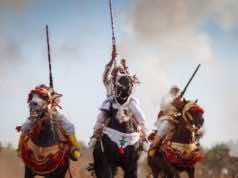