Rabat – Algeria’s societal fabric is facing ever-increasing stress, and as if to make it worse, the North African country has recorded its first cases of the new COVID-19 variants.

Institut Pasteur Algeria reports that the country has found its first 13 cases of the Nigerian COVID-19 variant, as well as seven cases of the strain first identified in Britain back in December.

As for the UK variant, five cases were detected in Algiers, while two of the cases were reported in the Blida province, the capital’s southern neighbor.

It could be hard to judge the full extent of the new strain’s presence in Algeria, especially as professor Ryad Mahiaoui, a member of the Algerian scientific committee noted, “the Institut Pasteur is the only one to have the technology to detect cases of the British strain.”

Still, the institute is working with other laboratories to share the tools available.

The UK strain that was first detected in December is not any more lethal than the original strain, but it is much more contagious, while the Nigerian variant appears to be less contagious than the British one.

The emergence of the new variants comes only a month after Algerian authorities discovered an outbreak of the bird flu, also known as H5N8. The country’s authorities announced the outbreak of the highly pathogenic bird flu at the end of January in eastern Algeria. This resulted in over 50,000 infected birds dying, while 1,200 others were slaughtered in the Ain Fakroun area.

Despite the barrage of bad news, the civil society at large did achieve a victory. After months of renewed Hirak protests, Algerian President Abdelmadjid Tebboune has set June 12 as the date for early legislative elections, reports Al Jazeera. 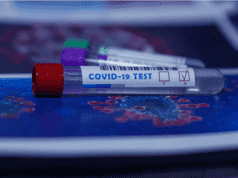 New COVID-19 Variants: Morocco to Carry Out Tests on 30,000 Students