Morocco World News
Home Features The Monarch and the Moroccans

Today, very few monarchies around the world can claim such a long history, but the Moroccan dynasty is certainly one of them. 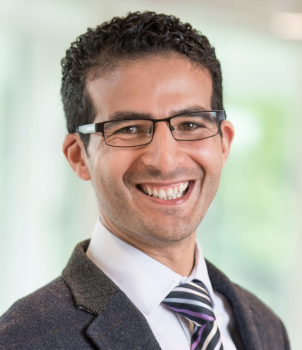 By
Tarik Oumazzane
-
Dr Tarik Oumazzane is Lecturer in History and International Relations at theUniversity of Nottingham, United Kingdom.
Mar 20, 2021
Spread the love

To understand the strong bond between the Moroccan Monarch and Moroccans, one ought to understand the Royal Institution in its historical context, its spiritual influence, and its symbolic meaning.

The Moroccan Royal dynasty is regarded as a symbol of unity in Morocco. Its historical roots, its status as descending from the Prophet Mohammed (PbuH), its title of Amir al-Mu’minin – Commander of the Faithful – and its legitimacy have enabled it to build a strong bond with citizens, rarely seen around the world.

The Moroccan monarchy in history

Today, very few monarchies around the world can claim such a long history, but the Moroccan dynasty is certainly one of them. In its last 390 years of existence, the monarchy has accumulated rich and diverse national and international experiences which have been passed from one King to the next.

Sultan Moulay Ismail (1645 – 1727) managed to build a strong army which enabled him to liberate several Moroccan port cities from Portuguese and Spanish colonial rule. He negotiated and signed a treaty of friendship with Louis XIV, the Sun King, of France. Between 1681 and 1725, Sultan Moulay Ismail sent 11 ambassadors and envoys to the English courts of Charles II, James II, William III, Anne and George I.

Sultan Mohammed III recognized American independence in 1777 and established with the United States the longest unbroken treaty relationship in that country’s history.

In the first half of the 20th century and at the peak of the Nazi regime in Europe and in North Africa, Sultan Mohammed V of Morocco resisted Nazi pressure for the deportation of Jews, considering them full Moroccan citizens. More than that, Morocco became a refuge and a transit destination for European Jews escaping fascist regimes in Europe.

In 1975, King Hassan II devised the Green March, a strategic peaceful mass demonstration of some 350,000 Moroccans that culminated in the liberation of the South of Morocco from Spanish colonialism.

Alongside the historical roots symbolized by the title Emirat al-Mu’minin (Commander of the Faithful) is another component that explains the strong ties between the Monarch and the citizens. Emirat al-Mu’minin traces its roots to the Prophet Muhammed (PbuH). The Royal Institution claims its legitimacy from the people themselves through their consensus, renewed and confirmed annually by means of Al biea’, which is a concept that may best be translated into English as allegiance.

In the Kingdom of Morocco, Al biea’ is an annual ceremonial occasion, but more importantly it is a written contract on the duties of the Monarch and the obligations of the citizens. In return for allegiance, the Monarch aspires to protect citizens’ religion, security, public order, justice, and dignity.

One important aspect about Emirat al-Mu’minin is that it is inclusive and extends beyond Morocco’s borders. For example, millions of Africans Muslims would consider themselves spiritually under the umbrella of Emirat al-Mu’minin. Indeed, many people from across the continent are followers of the Tijaniyya Sufi order from Morocco.

Millions of Moroccan Jews living in Morocco, North America, Europe, and Israel will also consider themselves bound by Emirat al-Mu’minin and would include the Moroccan Monarch and Morocco in their prayers.

Every year on Throne Day (July 30), delegations representing different regions, prefectures, and provinces of the kingdom as well as from abroad come together to renew their pledge of allegiance to the Monarch King Mohammed VI. In doing so, they renew the strong ties that unite the Moroccan people with their Royal Institution.

It is this strong historic, spiritual, and symbolic bond between the Moroccan people and their Monarch that is argued to explain why many Moroccans, when faced with grievances nowadays, address the Monarch directly, seeking his interference and support. The Monarch here plays the role of the arbitrator between the government and the Moroccan people.

It is the same bond that justifies why the Arab Spring, that stormed the Middle East and North Africa region, was different in Morocco. In the wake of the 2011 Arab Spring, Tunisians, Egyptians, Yemenis, Syrians, Libyans, and others marched the streets of Tunis, Cairo, Sanaa, Aleppo, Benghazi, and beyond chanting “Ash-shaʻb yurīd isqāṭ an-niẓām” (People demand removal of the regime).

Yet, in Morocco, the Moroccans marched the streets of Rabat, but shouted slogans calling for economic and social reforms, directing their fingers at the government and not at the Monarchy. Indeed, the Moroccan Monarch turned the Arab Spring into an opportunity. Unlike President Ben Ali, President Mobarak, Colonel Gaddafi, President Saleh, President Assad, and others, King Mohammed VI of Morocco initiated a reform of the constitution to further the democratization process in the Kingdom. The act has been hailed as progressive in the context of North African politics and has helped Morocco to ride the winds of the Arab Spring.

That bond between the Moroccan Monarch and the Moroccans manifests itself yet again in another example: The Sahara dispute. This dispute between Morocco and the Algeria-backed Polisario has dragged on for 45 years, making it one of the oldest conflicts in the world. Considering the Moroccan side, one can clearly observe a strong national consensus vis-a-vis the Sahara. What you find is not only a full involvement of the Royal Institution and the government, but also of all Moroccans in their diverse walks of life. Here, you find a vivid engagement of historians, lawyers, artists, civil rights activists, anthropologists, and beyond, all trying to argue the Moroccanity of the Sahara.

An example to illustrate that strong national consensus among the Royal Institution and the Moroccans is one from the recent past: The Green March of 1975. When King Hassan II called for 350,000 Moroccan volunteers to march peacefully into the Sahara to liberate it from Spanish colonialism, indeed, 2 million Moroccan volunteers were registered in the first few weeks. Moroccan authorities had to halt registration because of the high enrollment.

On November 6, 1975, Moroccans, in the hundreds of thousands, were marching peacefully crossing an artificial border that was installed by the Spanish colonial forces in 1884. In doing so, they were turning King Hassan II’s speech, made the day before, into a reality:

The strong bond between the Moroccan Royal Institution and the Moroccans is not something new. In fact, it has been many centuries in the making. To understand it, one ought to appreciate the Moroccan Monarchy in its historical context, its spiritual influence, and its symbolic meaning.