The bank emphasized that tourism is among the sectors that faced the most economic challenges in Morocco.

In its annual report on Economic Outlook in Africa, the pan-African bank said  Morocco’s growth will be the result of economic recovery; the bank emphasized the importance of the country’s agricultural sector.

Morocco’s exports of automotive parts and phosphates and other derivatives have recorded an encouraging  recovery level and will drive Morocco’s economic growth in the coming months, the report said.

The forecast comes to reinforce the notion that tourism has been one of the hardest-hit sectors in Morocco due to the closing of borders and other lockdown measures.

The data represents a loss of $4.77 billion.

According to AfDB, Morocco’s account deficit and budget deficit are set to decline, while inflation levels are projected to remain low.

The bank also recalled that Morocco is in search of a new development model, emphasizing that King Mohammed VI entrusted a special committee to ensure the implementation of a newmodel that will be able to tackle the country’s lingering socio-economic concerns.

AfDB’s report also emphasized Morocco’s proactive measures and partnerships that allowed the country to secure major loans, including $3 billion from the International Monetary Fund, and $460 million from the AfDB to reduce the repercussions of the pandemic.

It also highlighted Morocco’s decision to issue a billion-euro bond, emphasizing that the financial contribution is among the initiatives that enabled the strengthening of foreign exchange reserves.

The foreign exchange reserves represent 8.1 months of imports and three times the outstanding debt in the short term.

The World Bank made a similar forecast recently, expecting a 4% growth in Morocco’s economy. It also attributed the positive forecasts thanks to an increase in agricultural production.

In the 2019/2020, Morocco experienced a dry season due to a lack of rainfall. With many instances of heavy rainfall this year, the government expects crops and agriculture products to increase. 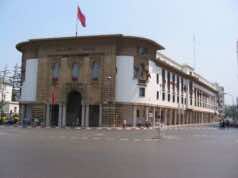