“Some people have created fake Facebook pages with my name, through which they publish unfounded news and videos,” Amzazi stated in a brief press release.

The minister and government spokesperson warned off “fake pages” for which he does not take responsibility. Amzazi promised to spare no effort in taking legal action against accounts that pretend to be his official social media page.

Amzazi is the Minister of National Education and Vocational Training of Higher Education and Scientific Research, functioning as one of the primary sources for government communication.

Statements on his Facebook page are often the first confirmation of parliamentary and government activity.

As such, the spokesperson’s statements on social media are keenly watched by most people interested in the politics of Morocco.

Official spokesperson Saaid Amzazi was appointed as Morocco’s Minister of National Education and Vocational Training of Higher Education in 2018. He currently fills a double role as minister and official government spokesperson, often being the first to break big news.

Because of the sensitivity and official nature of his statements on facebook, any manipulation or pretence regarding his online identity could spark controversy or diminish trust in the government’s official announcements.

A trained biologist, he graduated from a life in academics to become the face of the country’s government after he helped organize the COP22 Innovation Forum in 2016. 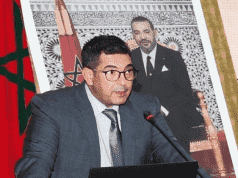 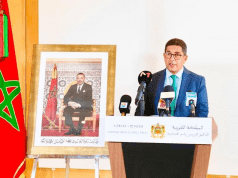