Morocco plans to build the world’s largest seawater desalination plant in its economic capital, Casablanca, with a budget estimated at MAD 9.5 billion ($1.05 billion). Planned to be operational by the end of 2027, the plant will produce around 300 million cubic meters of water yearly.

The flagship project is part of Morocco’s Water National Plan 2020-2050, seeking to address the challenge of water scarcity in Morocco.

The project’s announcement was first made by the Minister of Equipment, Transport, and Water, Abdelkader Amara, in response to a Parliamentary question about the measures taken to address water scarcity.

Amara elaborated on the project in an interview with Moroccan media, L’Economiste on Tuesday.

Morocco World News has reached out to the minister for a statement via phone call, but has received no response.

Amara specified to L’Economiste that Morocco is prioritizing its hydric security to meet the national growing demand for water, adding that it does not have to worry about water scarcity.

“Morocco will never experience thirst. It’s impossible since we have 3,500 kilometers of coastline,” he said. “Contrary to what some think, desalination has been practiced in Morocco since the 1970s in the Saharan provinces. Today, we are considering it for the cities of the north. It is a novelty.”

The minister has evoked that the project — still in the study phase — will allow Morocco to “differently manage the water supplying Casablanca and coming from the Oum Rabiî basin which is already experiencing a deficit.”

Marrakech, El Jadida, and the agricultural area of Doukkala will also be supplied with water from the same basin.

He also said that the site has been identified and samples had been taken to examine the quality of water.

Casablanca’s seawater desalination station will not be Morocco’s first. Other plants have been constructed, with one in Chtouka Ait Baha in the Souss-Massa region, and another one in Al Hoceima (6 million cubics meters).

Other plants are also in the construction phase including one in Laayoune (operable by end-of-June 2021) in addition to one in Agadir (144 million cubics meters), Safi, and Dakhla.

According to a recent report by the Center of Mediterranean Integration (CMI), Morocco is projected to face many water scarcity-related challenges in the coming years.

Morocco has a clear vision to overcome the precipitation shortage through the 2020-2027 National Drinking Water Supply and Irrigation Program. King Mohammed VI launched the program in January 2020 with a budget of MAD 115.4 billion ($12.6 billion). 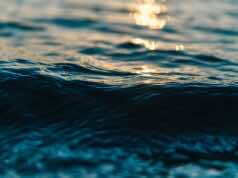 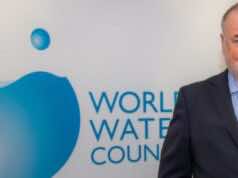