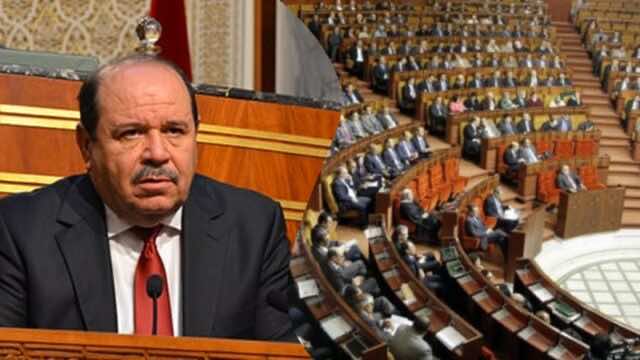 By
Hassan Masiky
-
Hassan Masiky was born in Kenitra, Morocco, and is based in Washington as a blogger and freelance writer.
Mar 29, 2021
Spread the love

While the MREs keep performing crucial roles in supporting their native country’s agenda, the Moroccan government continues its policy of ignoring and downplaying the diaspora’s efforts.

Successive Moroccan governments attempted to maintain a relationship with MREs across the world, but misunderstandings and mistrust between the two parties have persisted.

Morocco’s early efforts to overhaul its policy toward the MREs focused on the financial aspects of the relationship and ignored the cultural, diplomatic, and political significance of this rapport.

Moroccan officials, who appreciate the impact of MRE’s remittances on the economy, have resisted attempts to integrate this strategic group into Morocco’s diplomatic and public relations efforts.

A scan of Moroccan professionals’ profiles on the networking site LinkedIn reveals the magnitude, the reach, and the power of the MREs. From China to South Africa, Moroccans have integrated successfully into the social, political, and business fabrics of their host nations.

Yet, Moroccan officials have repeatedly neglected to harvest the unlimited potential of an already made network of partisans who can defend the Kingdom’s interests. There are elements in Rabat ready to forgo the considerable degree of political engagement the diaspora can bring to the table for fear of the political activism of some MREs.

Moroccan officials rarely tried to reach out to engage the MREs. Past efforts to mobilize the swelling number of Moroccan immigrants were halfhearted and superficial.

This reluctance shows a lack of trust in a group of qualified people who are able and willing to assist at various economic and diplomatic levels.

The Council of the Moroccan Community Abroad (CCME), an official organism that “aims to reinforce the diplomatic relations and cooperation between Morocco and their respective countries of residence,” has flatly tumbled in its mission. Morocco, a nation that should have the strongest non-European ethnic lobbying group in the European Union, remains woefully under-represented in Brussels.

Notwithstanding social gatherings in Morocco and cultural events in Europe, the CCME has not identified the needs, set the priorities, or assign the resources to address the basic demands of the community.

According to sources, Mr. Abdellah Boussouf, CCME’s Secretary General since 2007, announced in December the signature of a memorandum with Rabat University to train MREs on advocacy for Morocco’s positions in the Sahara conflict. Ever since the announcement, there have been no updates about this noteworthy initiative.

CCME is a Royal initiative worth expanding and invigorating. Regrettably, the current leadership of this advisory organization has shown little initiative. It has no plans and no activities within the diasporas to politically mobilize the more than 5 million Moroccans spread out around the globe.

Mr. Boussouf has overstayed his position. MREs need young and energetic leadership with new ideas and styles to bear on a diverse number of socio-economic issues facing the community. The CCME, with its sizable budget and considerable resources, should have had developed strategies to promote diaspora engagement.

The CCME is archaic, uninspiring, and irrelevant. The MREs, and their descendants, need representative and stimulating organizations able to bring honest solutions to the outstanding issues and misunderstandings facing the community. Regrettably, the underperformance of groups like the CCME has hampered the development of strong pro-Morocco pressure groups.

For years, officials in Rabat have viewed Moroccans educated abroad, especially in Anglo-Saxon countries, as “not nationalist enough” and more open to dissent than the locals and the Moroccan Francophiles.

The Moroccan political establishment needs critical thinking and the positive disagreement the Anglophone-educated MREs bring to the discourse. French-educated professionals have long dominated the economic and political scenes, too often with limited political results.

Moroccan officials should get over complexes and put national interests before petty emotions. Rabat needs to court and rally this highly educated, English-speaking, and well-connected population that is ready to lobby and defend the national cause.

In actuality, they should engage the MREs in the entirety of Europe and the Americas, where the Moroccan diaspora has been already self-mobilizing. Some entities already active need direction and information to become more effective in lobbying host countries.

Unfortunately, the Othmani government has not even attempted to bridge the gap between diaspora communities and Morocco. The ruling PDJ remains ambivalent to the diplomatic and economic implications of such irresponsible policies.

On the legislative front, the MREs are not faring any better. The Moroccan parliament did not pass legislative amendments that would allow Moroccans living overseas to vote in the next parliamentary elections scheduled this year.

Giving the MREs the right to vote would strengthen the diaspora’s ties with Morocco and send a message to its citizens around the globe that they count. While many Moroccans living abroad may not be aware of their homeland political process, giving them a chance to vote would turn them into proponents of their native land’s primary concerns.

Moroccans living abroad remain convinced that their compatriots view them as “cash cows” who are expected to “pay up and shut up”. This stand is becoming obsolete.

Officials in charge of MRE affairs must consult with diaspora members when setting goals and national diaspora strategy. Morocco lacks a structured dialogue with the MREs and needs to set clear goals and comprehensive agendas to move forward before it is too late.