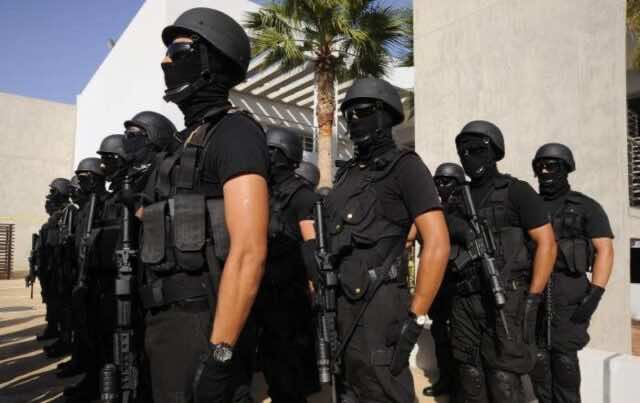 Rabat – In spite of Nigeria’s position as Africa’s best-performing economy, showing the continent’s highest nominal GDP in 2020, many citizens of the West African country are still exposed to terrorism and regular criminality. Morocco’s pan-African vision and efforts in continental security could serve as the antidote in the years to come.

Following a jihadist attack on Saturday, March 27, the northeastern Nigerian city of Maiduguri, with its population of 3 million people, lost its electricity only days after the city authorities had restored power to the city, on March 24.

Electricity returned to the city for the first time in two months, following a terror attack on a power grid by the Islamic State West Africa Province (ISWAP). Days later, the Transmission Company of Nigeria (TCN) reported that there had been a new incident.

On a similar note, Al Jazeera reported how “Nigeria’s booming kidnap-for-ransom enterprise threatens security” in the West African country, noting that since December 2020, at least 769 students have been taken in five school kidnappings in northern Nigeria.

In contrast, Morocco has received praise from a plethora of international bodies and governments in its efforts to combat terrorism.

In February, both the FBI and the CIA said they are satisfied with their cooperation with Morocco’s General Directorate of Territorial Surveillance (DGST). Similarly, following DGST’s take-down of an ISIS cell back in October, the Saudi Ministry of Foreign Affairs stressed its respect for Morocco’s measures in ensuring security and stability in the prevention of terrorism and extremism.

Considering Morocco’s reputation when it comes to counter-terrorism, it comes as no surprise that the new African Union (AU) Commissioner for Political Affairs, Peace, and Security Bankole Adeoye turned to Morocco’s ambassador to the AU, Mohammed Arrouchi, to discuss continental peace and security during a recent meeting.

Morocco is no stranger to pan-African cooperation, especially when it comes to counter-terrorism and security. In 2020, Morocco sent a delegation to Egypt to participate in the 27th annual meeting of experts from the Middle East and North Africa region on fighting terrorism, and in 2019, Morocco sent an “important governmental delegation” to join a security summit organized by the Economic Community of West African States (ECOWAS).

Morocco’s efforts extend beyond the institutional and military, as the French-Moroccan Scholar in Islamic Studies Rachid Benzine notes, that “by creating the Mohammed VI Institute for the Training of Imams, the [Moroccan] King evidently wanted to protect the sustainability of Maliki Islam in the face of the global hegemonic growth of Wahhabi Islam, enabled by oil money.”

A 2016 article explores Morocco’s spread of “moderate Islam” as a “new African religious diplomacy” aimed at presenting the country’s counterterrorism and de-radcialization approach as a viable alternative for African countries increasingly faced with terrorism threats. The authors explain that, as they mobilize to neutralize terrorist movements, Morocco’s “close West African neighbours” are  in dire need of the North African country’s “experience in terms of religious governance, or religious training institutions of such a magnitude, able to effectively deal with the Islamic domain.”

The institute operates under the DGSN–DGST security umbrella, and has been described as the fruition of the king’s vision for a modernized, citizen-oriented, and responsive security apparatus.

It is built upon these efforts that Morocco has so much to offer in terms of security and intelligence. Meanwhile, achieving stability in West Africa would also allow for inter-African trade to grow, presenting a win-win situation for all involved. Stability, pan-African solidarity, and in-depth cooperation are essential steps towards dismantling Africa’s reliance on Western powers.

On March 26, President Buhari expressed his latest gratitude to Morocco’s King Mohammed VI, following the finalizing of a new fertilizer-related partnership worth $1.3 billion (MAD 11.7 billion). The Nigerian president underlined that “this mutually beneficial partnership between our two countries is a true example of how intra-Africa trade and partnership should work.”

Keeping in mind the growing ties between the two countries, it is not beyond the realm of possibility that such a partnership could grow to involve security matters as well.

Showing an understanding of what’s at stake if terrorism and criminality remain unchecked, Nigeria has similarly been broadening its cooperation in matters of security. The West African country is soon set to sign a Memorandum of Understanding with Cameroon, Benin, and Equatorial Guinea to limit the rising insecurity in the Gulf of Guinea, according to a local newspaper.

The Nigerian Chief of Naval Staff, Vice Admiral Awaal Gambo stated that “President Muhammadu Buhari has directed us to return peace and security to Nigerians to enable them to move around and do their legitimate businesses without fear.”

Brookings Institution, an American research group, reports that “in spite of government efforts, the security situation in Nigeria is deteriorating.” The 2021 Obangame Express military exercise showed that the foundation for cooperation between the two countries in security matters has already been laid.

The clock is ticking. Considering Morocco’s hopes for a united, prospering Africa, Nigeria’s struggle in limiting terrorism, and the two countries’ ever-growing ties, it might be an opportune time for expanded South-South cooperation in security and counter-terrorism.