The operation is part of the investigation police launched following the dismantling of a drug trafficking network, which took place earlier this week.

Rabat – Police seized 4.9 tonnes of cannabis in Ait Melloul, near Agadir on Sunday during a security operation as part of the dismantling of a drug trafficking network.

The arrest is part of the investigation undertaken by police in Kenitra in coordination with the General Directorate of Territorial Surveillance (DGST).

The police opened an investigation following the dismantling of an international drug trafficking network in Kenitra, and the seizure of 8.0 tonnes of cannabis resin, said a statement from the General Directorate of National Security (DGSN).

On Sunday, police searched a warehouse in the industrial zone of Ait Melloul, near Agadir, where security services found 4.9 tonnes of cannabis.

The cannabis was intended for distribution by the international drug trafficking network.

The drugs were “carefully packed in metal tanks installed in crane trucks parked within one of the industrial units,” in the region.

The total quantity of cannabis seized since the dismantling of the international drug trafficking network amounts to 13.8 tonnes.

The research and investigation carried out by the prefectural service of the judicial police of Kenitra is continuing under the supervision of the public prosecutor’s office to determine the possible impact and reach of this criminal network.

The annual report from the DGSN in 2020 said police seized 217,323 kilograms of cannabis resin and its derivatives. The number represents an increase of 37 tonnes in comparison to 2019.

Moroccan police seized 132 kilograms of cocaine, 476,923 psychotropic pills, eight kilograms of heroin, and more than 217 tonnes of cannabis in 2020. 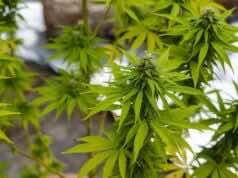