Many Moroccans residing abroad expressed their dismay at how the Belgian authorities obtained the documents and demanded justice to be served.

Rabat – The director of the National Agency of Land and Conservation, Cadastre and Mapping (ANCFCC), Karim Tajmouati, has given strict instructions to all the real estate governors in Morocco not to hand over information or documents to any foreign party about the properties of Moroccans residing abroad (MREs).

The move puts an end to rumors about Morocco’s approval of exchanging information on MREs’ properties as well as their bank accounts with European authorities.

The instructions came after Belgian notaries illegally obtained information on the property of Moroccans residing abroad. The move prompted the Moroccan authorities to open an investigation to determine those involved in leaking information.

The step follows the expulsion of a number of Moroccan families from homes the Belgian state granted them after receiving leaked information of owning real estate in Morocco. The Belgian law stipulates that citizens cannot benefit from social housing if they have the financial ability to buy a property elsewhere.

According to sources, the Belgian authorities tasked their notaries to discover property owned by some Moroccan expatriates in Morocco, to determine their eligibility for aid and social housing.

To protect MREs, the director of the ANCFCC urged regional real estate governors to ignore requests outside the legal framework in force.

“You shall not respond to any request submitted to you in this regard from any foreign party, whatever its purpose unless these requests include the prior approval of the Ministry of Foreign Affairs and African Cooperation and Moroccans residing abroad, or received through the administrative ladder under the supervision of the agency’s central facilities,” Tajmouati said.

The director also insisted that copies of documents or access to information about MREs’ real estate are only delivered to their owners and invited the regional governors to reach out to him in case of any difficulties in implementing the instructions.

The statement came after a number of Moroccan media reported that MREs are obliged to declare their bank accounts in Morocco to their host countries when filing a tax return at the end of the year.

MREs were confused after several media said that the multilateral convention for the implementation of measures relating to BEPS tax treaties Morocco signed in June 2019 dictates the automatic exchange of information between the signatory countries.

The DGI clarified that the convention does not include the automatic exchange of information and that Morocco is not committed to sharing MREs bank account information.

Many MREs expressed their dismay at the circulating rumors regarding the declaration of their bank accounts in Morocco and how the Belgian authorities obtained the documents. They have however demanded justice to be served. 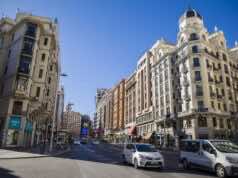