Rabat – Police in Morocco’s northern city of Kenitra arrested two individuals for their alleged involvement in drug trafficking on Wednesday.

Officers arrested one of the suspects near Kenitra when he arrived at a highway toll station in a car. Police arrested the second suspect after an attempt to flee, said a statement from Morocco’s General Directorate for National Security (DGSN).

The suspects remain in custody for further investigation while police search for possible accomplices.

The trafficking of drugs including cannabis, psychotropic pills, and cocaine is a common challenge in Morocco and DGSN has recently reported several seizures.

A drug bust in Casablanca on March 30 led to the seizure of 5,011 tablets of ecstasy and psychotropic drugs, cocaine, cannabis, six cell phones, and a sum of cash money, and the arrest of two suspects aged 26 and 34.

Statistics from the DGSN in 2020 show that operations allowed police to seize 132.167 kilograms of cocaine, 476,923 psychotropic tablets, 8.5 kilograms of heroin, and over 217 tonnes of cannabis and its derivatives.

Such operations are part of Morocco’s national campaign against drug trafficking. 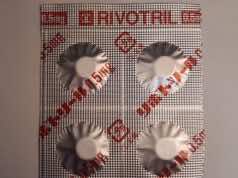 Police Arrest Mother and Son for Dealing Rivotril in Morocco