Rabat – US rating agency S&P has downgraded Morocco’s local and foreign currency credit rating to ‘junk,’ from BB+ to BBB-.

The for-profit US rating agency claimed that Morocco’s current economic contraction and the corresponding growing budget deficit are to blame for the downgrade. The new rating means that Morocco now has a high-yield non-investment grade that could impact the country’s finances in the near future.

The reason for S&P’s downgrade is related to the global economy as well as domestic factors such as increased spending. Ever since Morocco announced it would increase spending on social benefits such as universal healthcare and expanded pensions, downgrades by US rating agencies have slowly undermined its ability to gather funds abroad.

Even though S&P reduced Morocco’s foreign and local currency credit rating, it improved the country’s outlook from “negative,” to “stable,” leading to the conclusion that Morocco’s ambitious social services plans are weighing on the decision.

S&P announced in its press release that Morocco’s “budgetary consolidation over 2021-2024 is likely to be slow.” Budget consolidation typically refers to cutting a nation’s debt or spending in order to reduce interest payments as a share of GDP.

While Morocco is undoubtedly facing economic issues, like the rest of the world, the three for-profit US rating agencies have a tendency to create a self-fulfilling prophecy. By downgrading a country’s rating the agencies make it harder for countries to gather capital, meaning they pay higher rates which in turn can make the agency’s prediction a reality. 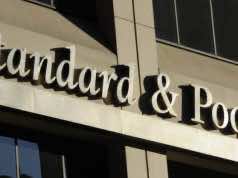