Morocco World News
Home News Morocco Cuba-Morocco: ‘What Unites Us, More Important Than What Separates Us’

Rabat – Reflecting on his three years of work in Havana, Cuba, Boughaleb Al Attar, Morocco’s ambassador to the Latin American country recalls how his hosts received him “with great respect and hope, imbued with the spirit of nobility and joy.”

In an interview with the Spanish newspaper Atalayar, Al Attar spoke warmly of his experience working on the Caribbean island. The relationship between Havana and Rabat has steadily evolved since Al Attar’s appointment as the first Moroccan ambassador to Cuba.

Attar‘s appointment came 37 years after the two countries severed ties. And the expectation in Rabat was that, as Morocco embarked on a newfound diplomatic journey to cultivate solid and dependable ties with Latin America, mending its relationship with Cuba could be crucial.

By transcending its troubled history with Cuba to focus on what they have in common in terms of developing countries’ challenges and aspirations, Morocco could foreground its belief in, and commitment to, South-South cooperation built on solidarity, mutual understanding.

Speaking of his reception in Havana, Al Attar noted that both the people and the authorities received him warmly and that all doors were open for him. “What unites us is infinitely more important than what separates us,” he underlined.

The ambassador also stressed the importance of Morocco’s King Muhammed VI’s visit to the island in 2017, noting its unprecedented character. Citing the diplomatic break in 1980, the vast cultural differences, as well as Cuba’s “Communist political regime,” Al Attar explained, “Nothing like this had ever been seen before in history.” Despite the political differences between Morocco and Cuba, the King’s visit filled “our Cuban friends with pride.”

In 2020, during the signing of a cooperation agreement between the Moroccan Press Agency (MAP) and the Latin American Press Agency (Prensa Latina), Cuba’s ambassador to Morocco, Javier Domokos Ruiz, stressed the importance for Rabat and Havana to consolidate their improving ties.

Emphasizing the post-colonial undertone of both countries’ efforts to meet their peoples’ needs and expectations, Ruiz said that Morocco and Cuba share “the ancestral history of the struggle against colonialism and foreign forces, and the construction of a prosperous and independent country afterward.”

He added, “Cuba and Morocco are two States governed by a Constitution in which democracy and freedom are written in golden letters.”

In his interview this week, Ambassador Al Attar celebrated the achievements that came from the first three years of renewed ties. He noted the decision to “cast reciprocal votes of support” in both the United Nations Human Rights Council as well as in the various United Nations bodies. Both countries also signed an agreement for international representation of persons with disabilities.

The ambassador also revealed that there are still two memorandums of cooperation awaiting signature. One is concerned with the mining, renewable energy, and environment sector, while the other concerns scientific research. 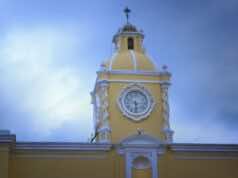