After the death of Prince Philip, Morocco’s King Mohammed VI extended his sympathies to Queen Elizabeth II in a written statement.

Rabat – King Mohammed VI extended his deepest condolences to Queen Elizabeth II after the death of her husband, Prince Philip, Duke of Edinburgh.

In a written statement to the Queen, King Mohammed VI stated, “it is with deep sorrow that I learned of the passing of your beloved husband, His Royal Highness The Prince Philip, Duke of Edinburgh. May he rest in peace.”

The King added, “on this sad occasion, I send Your Majesty, all members of your esteemed Royal family and the British people my personal condolences and deepest sympathy, together with those of the Moroccan people. Our thoughts are with you.”

The death of Prince Philip comes just two months before his 100th birthday. Prince Philip suffered from heart-related health complications over the past few years. He was hospitalized early last March and released on March 16.

Morocco has enjoyed a fruitful relationship with the UK since the 13th century and King Mohammed VI maintains close relations with the UK’s prime minister, Boris Johnson.

In 2019, the UK and Morocco signed an “Association Agreement” which guaranteed the two countries would maintain close, diplomatic ties after the UK left the European Union.

Over three decades ago, Queen Elizabeth II and Prince Philip visited Morocco where the late King Hassan II welcomed the royal family aboard the Royal Yacht Britannia in 1980. 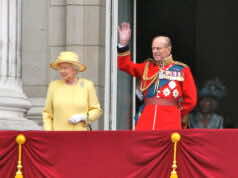 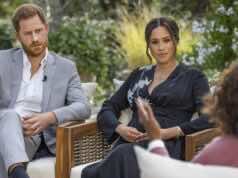 Race and Royalty in the United Kingdom