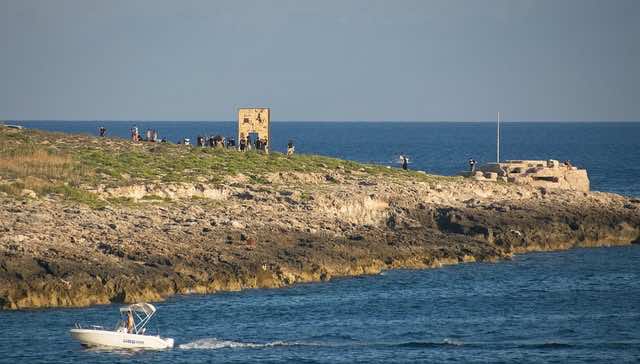 The organization is responsible for the deaths of four irregular migrants after the sinking of a boat between Spain and Morocco in February. The boat was full of primarily Moroccan women and children. Moroccan minors were reportedly transported for €2,500 (MAD 26,700).

Dismantling the organization took nearly 150 personnel from the Spanish National Police and Europol working on the case.

In a statement by Spanish Police, the traffickers were described as, “very violent because they do not hesitate to attack or threaten their victims with firearms in the event of transfer delay or non-payment.”

The plan to disassemble the organization included seven other search and seizure operations within the region. The operations yielded a plethora of contraband including five firearms with ammunition, over 5,500 liters of fuel, three boats, 1,380 pounds of sterling silver, and €710 (MAD 7,500) in cash.

Irregular migration in the region has been a prominent issue between Spain and Morocco as human trafficking becomes increasingly lucrative for traffickers.

Both North Africans and sub-Saharan Africans attempt to cross the Mediterranean Sea each year as irregular migrants.

The United Nations High Commissioner for Refugees (UNHCR) reported approximately 6,411 arrivals to Spain by sea in 2021. Last year, 788 irregular migrants were reported dead or missing by the UNHCR.

Morocco continues to work closely with Spain authorities to curb human trafficking patterns. In 2020, the US state Department ranked Morocco as a tier 2 country for human trafficking stating, “The Government of Morocco does not fully meet the minimum standards for the elimination of trafficking but is making significant efforts to do so. The government demonstrated overall increasing efforts compared to the previous reporting period; therefore Morocco remained on Tier 2.”