The Hallyu wave is growing not only in Morocco but across the whole world.

Rabat – From the first glance, Korean and Moroccan culture appear to have almost nothing in common, but Korean culture is gaining ground in Morocco due to the Hallyu wave, the combination of Korean pop music (K-pop) and Korean drama (K-drama).

K-pop is attracting an increasing number of young Moroccans on a daily basis, despite the fact that no South Korean group has ever performed a concert in Morocco.

However, Morocco hosted a number of small Korean festivals for K-pop lovers, including the Changwon K-pop World Festival.

In these festivals, Moroccans can learn more about the Korean culture, and K-pop lovers gather to compete in the festivals’ auditions.

The aim of these festivals, according to the Changwon K-pop World Festival organizers, is to bring Hallyu fans from all over the world to South Korea, fusing Korean culture with the cultures of different countries from around the world. This is what happened to “Maze,” a Moroccan group that auditioned and won the competition in 2015.

After winning the competition in Morocco, Maze traveled to South Korea to perform alongside other groups from around the world. Maze also had the opportunity to meet and watch their favorite K-pop stars perform on stage.

With the rising numbers of K-pop lovers in Morocco, it is only a matter of time before the first K-pop concert is hosted in the country.

The love for another culture is not Moroccan-specific, as many Koreans also show a love for Moroccan culture. The solo singer Taeyeon filmed the music video for her song “Stay” in Marrakech, Morocco. Ateez, a K-pop group, also filmed a music video in Morocco for their song “Treasure.”

Koreans filmed not only K-pop music videos in Morocco but also a K-drama in 2019 called “Vagabond” that featured Moroccan actors, including Kamal Kadimi.

Other Korean celebrities who visited Morocco are CL, a solo singer who used to be part of the K-pop group 2NE1; Kim Soo-hyun, a famous Korean actor; and Eric Nam, a solo singer.

The K-pop industry is made up of major companies that finance the training and formation of K-pop groups. These budding performers go through months of intensive training until they make their debut with a song and choreography that their labels have assigned them.

K-pop stars are also known as “idols.” Korean entertainment companies force their idols to follow strict rules, expecting them to maintain a flawless appearance at all times and often forbidding them from dating in their private lives.

The most famous K-pop male group today is BTS, known also as Bangtan Boys. The K-pop group has three music videos that exceeded one billion views on YouTube, namely “DNA,” “Boy with luv,” and “Dynamite.”

When it comes to female K-pop groups, Blackpink is the most famous. Blackpink was the first K-pop group to perform at the renowned Coachella festival in 2019. Similar to BTS, Blackpink has three music videos that exceeded one billion views on YouTube: “DDU-DU DDU-DU,” “Kill this Love,” and “Boombayah.”

Similar to K-pop, the K-drama industry is made up of large companies that take care of all activities of their actors and actresses.

K-drama is widespread since countries across the world have adapted many series. For instance, the Korean drama “Good Doctor” (2013) has an American and Japanese adaptation under the same title and a Turkish adaptation called “Doctor Mucize,” which translates to the miracle doctor.

K-drama is as popular as K-pop and many countries including Morocco have broadcasted some of the most famous K-dramas in the past, one of which was Dae Jang Geum (2003) — a K-drama that has been distributed in 91 countries.

Another drama that featured on television in many countries including Morocco is “I am sorry, I love you” (2004).

The most famous K-drama on the global stage today is “The Penthouse: War in Life.” Korean channel SBS aired the first season of the penthouse drama in October 2020 and the second season in February 2021. It will release the third season in June 2021.

The Hallyu wave has become a global phenomenon that made its lovers and supports aware of various aspects of South Korean culture. 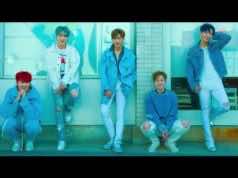