Morocco closed the border with Ceuta before the pandemic started due to an economic crisis.

Rabat – The Residents Association in Ceuta has addressed a letter to King Mohammed VI, requesting Morocco to reopen the border with the Spanish enclave.

In the letter, the association said residents in Ceuta are not asking for a complete reopening, emphasizing the importance of health measures amid the COVID-19 pandemic.

“We, residents of Ceuta, maintain very solid ties with Morocco and [we] are not asking for a total opening,”  the letter published by El Faro de Ceuta reads.

President of the association Abdelmalik Mohamed explained that the reopening of the border is to preserve “human and family ties” adding that they are of“enormous importance to everyone.”

Morocco closed the border with Ceuta on October 9, 2020, citing severe effects on its economy.

Women and men from northern Morocco used to access Ceuta to transport goods in and out of the Spanish enclave to sell.

To rebuild the local economy and promote local products, the government suspended the smuggling of contraband products from the Spanish enclaves.

In February 2019, customs officials in Morocco estimated the value of the products entering Morocco through Ceuta to be between €550 million and €730 million.

Morocco mandated the closing of borders across the country, following the emergence of COVID-19 in March 2020 as part of the preventive measures to limit the spread of the virus.

The decision caused concerns among locals in northern Morocco, who have been calling for alternative solutions to solve the economic crisis due to the suspension of their activities.

Some of the locals also protested the measure in M’diq and Fndieq, near Tetouan in northern Morocco.

In response, the Moroccan government introduced an alternative solution that benefited a group of women affected by the border shutdowns with the Spanish enclaves of Ceuta and Melilla.

The women received funding to develop income-generating projects as part of a support program to help mitigate the situation.

Under the program, the beneficiaries will receive funding from Morocco’s National Agency for the Promotion of Employment and Skills (ANAPEC), with a global budget of $49,655.

The fund seeks to finance women’s projects in the support program. 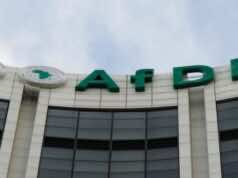