Morocco and Saudi Arabia’s foreign ministers confirmed the countries’ shared opinions on Western Sahara, the war in Yemen, and the Israel-Palestine conflict. 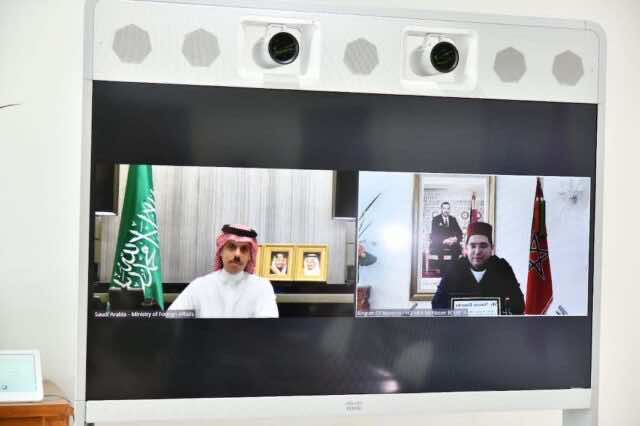 The Saudi foreign minister began the conversation by reiterating Saudi Arabia’s commitment to Morocco’s sovereignty over Western Sahara. Al Saud confirmed that there is no solution to the Western Sahara conflict other than Morocco assuming complete control over the disputed territory.

Bourita responded by confirming Morocco’s support for Saudi Arabia’s “defence of stability, unity, and peace for its citizens” and added that Morocco supports the Saudi initiatives in finding a solution to the war in Yemen.

Both ministers noted the importance of continued dialogue on relations between Morocco and Saudi Arabia and planned to discuss a variety of mutual interests further at the next joint committee meeting.

The last joint committee meeting between Saudi Arabia and Morocco was in January 2021 and focused on a new investment initiative between Riyadh and Rabat.

The conversation expanded to politics of the Arab world and both ministers agreed that Arab nations should strive to solve problems without influence from foreign actors.

On the topic of Palestine, Bourita and his Saudi counterpart confirmed that both Morocco and Saudi Arabia seek to find a mutually agreed-upon solution that is welcomed by the international community.

Morocco, the United Arab Emirates, Bahrain, and Sudan established new relations with Israel under the US-brokered Abraham Accords in 2020; the new position on Israel has forced Saudi Arabia to reconsider its position on the Israel-Palestine conflict.

Al Saud stated that normalization with Israel would bring “tremendous benefit” to the MENA region but any new relationship with Israel is contingent upon progress in the peace process.

In the closing remarks of the conversation, the ministers agreed Morocco and Saudi Arabia would discuss the ongoing conflicts in Libya and Yemen further.