The Arab Maghreb Union will remain an impossible dream as long as Algeria continues to undermine Morocco’s sovereignty and support Polisario’s independence claims. 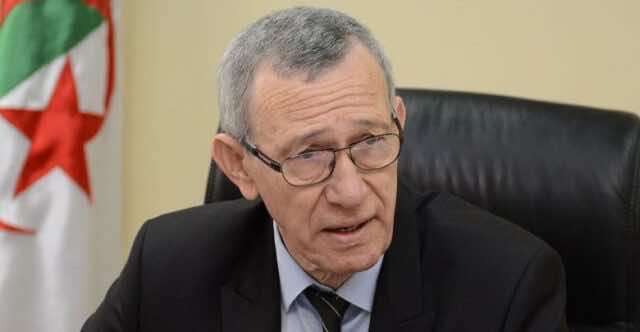 Rabat – Algeria’s Minister of Communication and government spokesperson, Omar Belhimer, is persistent in his hateful statements towards Morocco. After accusing Morocco of drowning Algeria with drugs and launching media warfare against Algerian interests, Belhimer is now claiming that Morocco is behind the failure of the establishment of an Arab Maghreb Union.

In a statement to Algerian media, Belhimer said that the Arab Maghreb Union’s decades-long political and diplomatic stalemate is mainly due to Morocco’s undermining of regional solidarity.

Whitewashing the history of his country’s responsibility in fueling hostilities with Morocco, Belhimer went on to accuse Rabat of trading the regional union’s creation with Algiers’ abandoning of its support for the separatist Polisario Front.

“Our country is a pioneer in defending the need for the practical success… of the union. But, unfortunately, Morocco’s stalemate, reflected in trading the union with Algeria’s abandoning its support for the Polisario Front, led to this blockage that does not serve anyone,” Belhimer stated.

Abderazak Makri,  the leader of Algeria’s Movement of Society for Peace party (MSP), made similar comments.

Such hateful, offensive statements from senior Algerian officials are often met with a diplomatic response from the Moroccan side.

Earlier this month, Morocco’s Foreign Affairs Minister Nasser Bourita invited Algeria to engage in the UN-led political process as the main concerned party and the real obstructor in the Western Sahara conflict.

Addressing the international community on the occasion of the opening of the Senegalese consulate in Dakhla on April 5, Bourita said that Algeria’s permanent diplomatic and well-documented support for the Polisario has been crucial in the continuity of the conflict.

“While Morocco has given its consent for the designation of a UN personal envoy to Western Sahara, Algeria, in turn, has been obstructing the process and acting against its official declarations,” Bourita stated.

He concluded his statement by calling on Algeria to “assume its responsibility” in the Sahara issue by taking part in the UN-led dialogue initiatives to “either defend its point of view or give a chance to peace and stability.”

In the 2019 Throne Day Speech on the 20th anniversary of King Mohammed VI’s accession to the throne, the Moroccan King urged neighboring countries to end the solidarity crisis in the Maghreb and to relaunch the long-standing project of regional unity and solidarity.

“We are optimistic and hopeful that we can work for the fulfillment of Maghreb people’s aspirations for unity, complementarity, and integration,” the King said.

In his 2018 Green March speech, King Mohammed VI addressed Algerian authorities to establish a political mechanism for dialogue with the mission to “study all the issues presented, with frankness and objectivity, sincerity and goodwill, with an open agenda, without conditions or exceptions.”

Although the Arab Maghreb Union was established in Marrakech in 1989, it has not held any summit since 1994.

In spite of the advantages that the Union will offer to member states, political divergences and strategic rivalries continue to prevail, obstructing the effective implementation of the Marrakesh Agreement.

For many observers, the Arab Maghreb Union will remain an impossible dream as long as the Western Sahara conflict continues, and as long as Algeria continues to support the separatist Polisario Front’s independence claims.