Ahmed Assid, the Moroccan intellectual and political activist, believes that the time has come to reform the judiciary, and the laws Family Code rulings are based on, that conflict with the commitments of the Moroccan state as a signatory to the United Nations Convention on the Rights of the Child.

Rabat- Tangier’s Court of Cassation ruled that biological fathers are not responsible for children born out of wedlock and only the mother has a legally binding relationship with the child. The Moroccan judiciary’s inconsistent, controversial ruling, appears to differ from one court to another.

“The ruling is contradictory to science, to reality, to the human logic, and to the commitments of the Moroccan state with regards to the convention it has signed including the United Nations Convention on the Rights of the Child (UNCRC),” the prominent Moroccan intellectual and political activist, Ahmed Assid, stated in an interview with Morocco World News.

The Moroccan judiciary first signed the UNCRC in 1993, however, Family Code is the legal reference in these types of cases. In this case, the judge disregarded the Family Code only referring to the Moroccan constitution.

Assid said, “the Moroccan judiciary granted the father immunity for not assuming responsibility for his child and let the woman and child face their destiny.”

He corroborated his statement by explaining that extramarital sex involves two parties, that should be dealt with equally.

In this particular case, the judge cleared the father of all his duties towards the child and held the mother solely responsible, meaning the child cannot use the father’s name, have financial security, or have paternal filiation.

Assid thinks that the Moroccan judiciary “knowingly created suitable conditions for the father to avoid responsibility.”

The Moroccan intellectual considered the verdict as unjust towards the mother and supportive of the father.

Background on the case

The case broke out in October 2016 in Tangier’s court after a woman filed a lawsuit against a man with whom she had a child out of wedlock. She accused him of abandoning their daughter and refusing to acknowledge paternity despite definitive DNA proof.

The judge in Tangier’s court recognized the father’s filiation to the child and ordered him to provide for her financial and immaterial needs, in addition to paying MAD 100,000 ($11,234) in compensation for emotional distress to the mother.

Later on, a judge in Tangeir’s court of Appeal reversed the ruling after the father appealed the decision.

Years after the reversal of the verdict, the mother appealed to the court of cassation. In September 2020, the court ruled against the initial verdict, reversing the recognition of paternity filiation and paternal lineage.

Assid recalled a similar case brought before the court in Casablanca in October 2019, when a young woman, named Leila, filed a lawsuit on the same issue.

The Casablanca case concerned the birth of a daughter following a traditional and religious marriage (Fatiha marriage) to a lawyer, without a legal contract. The law states that a marriage without a contract is void.

After being traditionally married to the lawyer for almost five years, Leila discovered that he had no intention of legally marrying her nor recognizing their daughter.

The man was already married and the Police arrested Leila when she tried to speak with his legal wife about the circumstances. After months of deliberation, the court ruled in favor of the mother to ensure recognition of the daughters’ paternal rights.

Commenting on the ruling, Assid said that it was “logical and fair in Casablanca, and weird and unfair in Tangier.”

“We have two contradicting verdicts in the same case. This shows that there is an inconsistency within the Moroccan judiciary,” Assid said.

“The court in Casablanca considered the father’s avoidance of undergoing a DNA test as proof of his paternity to the child, which opposes the Tangier’s court ruling.”

“The court announced the ruling based on an outdated religious reference which was designed in a context that does not exist now,” Assid elaborated.

Such cases fall under the regulation of the Moroccan Family Code instead of the constitution. The family code is based on the “Islamic jurisprudence that does not correspond to the modern world we currently live in,” according to Assid.

The Moroccan intellect said that “it is time for the state to make great strides to adjust laws on such cases and to abolish the Islamic jurisprudence in issuing unfair judgments for the child and the mother.”

Many activists have advocated abolishing laws that undermining the exercising of individual rights, as well as extramarital sex in Morocco, emphasizing the need to make reforms suitable to modern society. 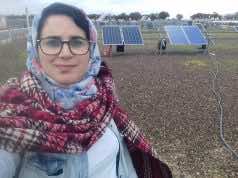