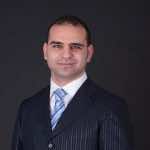 Adnane Bennis is a national of Morocco, obtained his Bachelor’s Degree in Computer and Information Science from East west University in Chicago. He also holds an associate Degree in English literature from the University of Fez. Mr. Bennis has worked with international companies including IBM and Motorola as a software testing engineer. Adnane’s commitment to international affairs, international public policy, human rights advocacy and diplomacy provided him with experience and determination for positive, sustainable change. 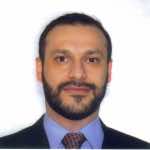 A physicist by training, Ahmad’s work experience has been with the United Nations and International Affairs. He has eight years under his belt as a political advisor in New York, over which he has acquired experience in a wide range of diplomatic and political affairs, most notably in connection with the work of the Security Council. His current research interest focuses on the “responsibility to protect” as an emerging global principle. But as a Syrian-American, he has been equally active in the Arab-American and American Muslim community in New York. Having recently become a father, Ahmad’s passion is to work towards a safe, secure and equitable world for this and future generations. 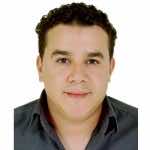 Dedicated free-lance journalist with more than six years of experience as a news correspondent, translator, and editor. Larbi has been working as a journalist, reporting and conducting interviews for Morocco World News since 2012. He has covered and spoken at many regional, national, and international events focusing on education, culture and society.

Larbi was a guest on BBC World Service’s morning show, Newsday, the world’s largest breakfast radio show. He earned his B.A. in Linguistics from Ibn Zohr University in Agadir, Morocco. He recently co-authored an innovative course of English for Moroccan pupils in primary education. 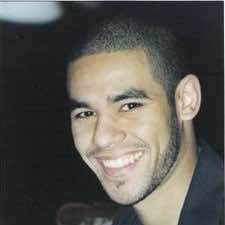 Hicham Zerhouni is a 2015 New Leaders Council Fellow. He graduated from Northeastern Illinois University with a Board of Governors BA in Political Science and a Master’s Degree in Political Science with focus on International Relations. Hicham has an experience of over a decade as an analyst. His experience ranges from banking, media and cultural marketing. During the Arab Spring, Mr. Zerhouni worked as a Global Media Analyst, where he provided subject matter expertise, cultural knowledge, and provided insights about the turmoil in the Middle East. After that he worked as a market researcher providing expertise to global companies on how to attract global consumers using digital technologies. He left that job to start TransCultures, a globalization services company headquarter in the USA, with a presence in France and Morocco. Hicham is a voting member of the American Translators Association. He speaks at conferences on many issues regarding leadership, diversity, political participation, cultural and language access issue.

Hicham spends his time between Fez and Chicago, he is a regular contributor to Morocco World News, and he oversees our Analytics group, where he uses social media and new technologies to analyze audiences and content. 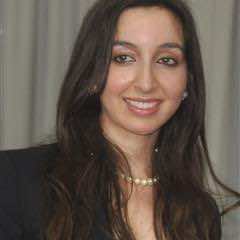 Washington DC based Moroccan-American international development qualified lawyer and avid Moroccan Diaspora advocate, currently with the World Bank Group and the United Nations Operations Services. Leila is Founder and Principal of international law firm Alliance of Rule of Law Promotion and Alternative Dispute Resolution and Senior expert with the United Nations ESCWA. She has also served as Middle East and North Africa legal focal point for the International Criminal Court’s Coalition, based in Rabat, Morocco. Leila was selected to serve in leadership positions at a young age at the intersection of international law, public policy and international development, spanning international organizations, Government, and international non-governmental entities. In 2013, Leila was selected by the Moroccan Government as Commissioner in the National Inter-Governmental Commission for Policy Dialogue. As staff attorney & programs manager of the ABA’s World Justice Project to becoming a World Bank young professional, Leila’s experience consists of work in comparative legal systems, international law, alternative dispute resolution, rule of law, and international organizations. Leila was the winner of the World Bank Middle East and North Africa Innovation Fund.

Leila is Lecturer in Law and was awarded several awards for academic and professional accomplishments, including  her selection as Recipient of the Leadership & Innovation Award by the Society for International Development. Leila is a graduate of American University Georgetown University, and George Washington University Law School in Washington DC.