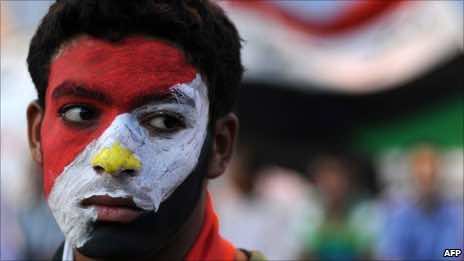 It looked much neater than really it was back in February. Egyptians had just emulated the Tunisians by overthrowing an authoritarian president who had seemed secure behind a brutal, well-organised police state.

Protesters in Libya, Bahrain and Yemen were trying to do the same. Syrians weren’t far behind them. Demonstrations demanding change, if not the toppling of the ruler, were happening in Jordan, Algeria, Morocco, even in peaceful Oman in the Gulf.

Events were moving with stunning speed. Someone called it the Arab Spring, and the phrase stuck.

Now it is blazing summer across the Middle East. In most places it’s too hot to demonstrate, or to fight, in the middle of the day. And it is clear that the process of change that has come to the Arab world is not neat, quick or easy.

Thousands have died and thousands more have been imprisoned across the region. Libya is suffering a civil war and bombing raids by Nato. The Assad regime is using lethal force against an uprising it claims is a conspiracy by foreigners and Islamist extremists. The uprising in Bahrain was crushed after the regime invited troops and police from Saudi Arabia and the United Arab Emirates into the country. And so on.

But this does not mean that the old world that so many millions want to reject is going to preserve itself. What happened at the beginning of this year may well be one of history’s full stops. But it is now clear just how tough it will be to create a new Middle East. Real change will be measured in years, not seasons.

Take Egypt, where I am writing this piece. Protesters have returned to Tahrir Square, the place where they orchestrated the rebellion that toppled President Hosni Mubarak.

They do not have the same kind of support they had back in January and February. Plenty of Egyptians who supported the occupation of the square then are sceptical about it now.

The senior generals who took over from Mr Mubarak said they would not use violence against protesters, but still made threatening noises against “division and disobedience,” and urged citizens to confront “misleading rumours.”

The generals are due to stay in charge until elections. Parliamentary elections have now been postponed until October or November. The presidential poll will be next year.

The protesters in Tahrir Square are not enjoying the sense of unity they had first time round. Secular democrats have had angry stand-offs with the Muslim Brotherhood about issues as seemingly trivial as the position of their respective stages in the square.

Everyone there realises the jockeying for position is a symbolic rehearsal for the bigger power game about who will shape Egypt’s future.

Sally Moore, one of the young secular leaders who emerged in the fight against Mr Mubarak, believes, like many Egyptians, that all eyes in the Arab world are still on them.

“They were looking at Egypt as a model. We thought by toppling the regime, maybe things would be OK all of a sudden, and it’s all pink, but that’s not how things go. So we believe that we left the square early, we believe that we should have stayed here until all our demands were met… We want a proper transition into democracy, so they don’t say ‘see the chaos that happened after you toppled someone like Mubarak.'”

Taking on the deep state that lay beneath the Mubarak regime might be the hardest job yet for the Tahrir protesters.

Years of dictatorship have left Egypt with enormous problems. Official corruption has made poverty even worse. You can’t be really free if every day is a struggle for survival.

But at least the protesters in Tahrir Square have the relative luxury of being able to camp there secure in the knowledge that the army will not come to kill them. They have moved on to the next phase – arguing over the kind of state they want to build.

The Syrians, like the Libyans and others, still have not found a way to topple the regime. They would, presumably, love the luxury of debating the timing of elections. Foreign journalists have had very little access to Syria, but the always impressive International Crisis Group has been able to compile two reports about the uprising there.

It says the current status quo – demonstrations, and a brutal response from the Assad regime – cannot be sustained for much longer. In the end, it suggests, Syria’s paralysed economy could be the key factor. “The economy is experiencing a severe crisis… Its collapse could well precipitate the regime’s demise,” the report argues.

The reason why Middle Eastern dictators will not be able to turn the clock back is that the pressure for change is driven by demography. Around 60% of Arabs are under 30. Overwhelming numbers of them are fed up with regimes that have not even tried to give them better lives.

The last six months have made one other factor much clearer. The west, led by the Americans, no longer believes it can be the decisive factor in this part of the world. It has been a spectator. Even the intervention in Libya’s civil war would not have happened without the Arab League’s agreement.