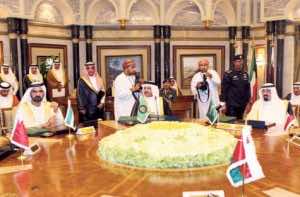 It came as a surprise to many when the Gulf Cooperation Council (GCC) extended an invitation to Jordan and Morocco to join the alliance. During the GCC summit in Riyadh in May 2011, the council offered membership to the other two Arab monarchies. In recent years, Amman had already tried to join the GCC, and Rabat reacted to the invitation with positive acknowledgement.

Some observers, however, dismissed this offer as a mere farce. After all, neither Jordan nor Morocco belong to the Gulf States or are wealthy oil producers. But an alliance of all Arab monarchies seems to be more favorable to both the GCC and the two invitees than it might appear at first glance.

Founded in 1981, the Council of six Gulf monarchies has – to some extent – been held together by its enemies: by Shia-dominated Iran, which wanted to export its Islamic revolution to the Arab countries, and revolutionary and republican regimes like communist South Yemen, a close ally of the Soviet Union during those days, and Saddam Hussein’s Iraq.

The Shia minority in Kuwait and Saudi Arabia, who have often been viewed with mistrust by the ruling dynasties of those countries, and the long-standing problems between the ruling Sunni minority and the Shia majority in Bahrain, together with Iranian ambitions to control the entire Gulf, made the centuries-old confessional conflict a decisive factor in GCC politics and added to the monarchs’ wish to create a strong alliance. Since the late 1950s, the Gulf monarchies have been allies of the West, anxious to preserve their form of government and to stop the rise of socialism, Pan-Arabism and republicanism in the Arab world.

Compared to the European Union, the steps of integration of the GCC countries are relatively small. Nevertheless, the Council represents the most successful regional integration of Arab states – the more so since the members of the GCC are not aiming at a dissolution of their national states. The GCC members have created a standardized visa system, and they try to cooperate in many areas, like the introduction of a common currency. What is more, the GCC has been remarkably successful in curbing tensions between the individual member states.

With the addition of Jordan and Morocco, the extended GCC would represent an alliance of mainly traditional Sunni states. They are opposed to Arab radicals like the revolutionary Sunnis of the Hamas and some Al Qaeda groups.

More importantly, they are in opposition to Iran which is – and not only by Sunnis – often perceived as a threat in the region. Incorporating eight Arab monarchies, the extended GCC would not only expand its geographical size from 2.5 to 3.3 million square meters, it would also almost double the number of its citizens from 39 to 77 million. The number of citizens would be almost as high as Iran’s. And an expanded GCC would account for almost 60 percent of the Arab GDP with only a fifth of all Arabs living there.

Saudi-Arabia and the other rich GCC states such as the United Arab Emirates or Qatar have reacted to the Arabian spring by increasing social expenditures and high transfers to those member states which have experienced protests recently. $20 billion was promised to Bahrain and Oman, while the potential GCC member Jordan has already been offered $400 million.

The fact that Morocco, which is on the shores of the Atlantic Ocean and the Mediterranean Sea, is thousands of kilometers away from the Gulf and only Jordan borders on the GCC-member Saudi Arabia leads to the assumption that the membership of Morocco – if it came into being – would be less deep than Jordan’s.

Many observers and diplomats also fear that the extension of the GCC could jeopardize the planned political reforms in Morocco and Jordan or overcharge the GCC and let it collapse.

A counter-revolution against the Arab spring, as many commentators interpret the planned expansion, however, is not very likely to happen. The GCC intervention in Bahrain was probably an exception. The GCC shield force, mainly consisting of Saudi and Emirati troops, did in general not intervene directly but basically freed Bahraini forces to crush the huge protest movement there. Beginning as a movement for democratization and constitutional reform in February, the protests became more and more a clash between Sunnis and Shias in March, with radical Shia groups, some with links to Iran, calling for a republic.

A direct military intervention outside the GCC is almost unthinkable. It is not only against the traditional policy of the main power in the GCC, Saudi Arabia. But it is also only feasible in a situation where strong forces and a sizeable part of the population stands against the reform movements in many Arab countries. In the cases of Libya and – to some extent — also Syria, GCC states and their media support the anti-regime forces.

A repetition of the Arab cold war similar to the situation in the 1960s, when the anti-Western Egyptian president Gamal Abdel Nasser and his Pan-Arabism stood against the pro-Western Saudi King Faisal, is not likely to happen. For the time being, there is no republican block that could compete with the “club of monarchs” in economic terms.

So far, Arab democracies are still a dream to come true even in Tunisia and Egypt. If the upcoming elections lead to democratic systems, they are likely to be instable and illiberal democracies facing huge economic problems. The Gulf countries, on the other hand, will probably become even more influential in the Arab world because of their oil and gas production, economic modernization and growing investments in other Arab states.

Neither the United States nor Europe will oppose the oil monarchies openly – if only out of fear that Iran or China would benefit from such a policy. Washington has no other choice than to call for liberalization and slow reforms in the Arab monarchies, a process that is probably inevitable since the social modernization of these countries makes changes of the political systems necessary. Even Europe’s constitutional monarchies could play a role in this as a model that monarchy and democracy can go together.  Contrary to some people’s beliefs, the rule of the kings, sultans and emirs in the Arab world is everything but over.